We are posting this SilverStone CS381 (SST-CS381B) mini-review today, as this has been a hotly anticipated product at STH. Ever since we first saw the Silverstone CS381 8-bay mATX case at Computex 2018, this is one we have wanted. This case fits a mATX motherboard, 8x hot-swap bays, and has 4x internal bays for SSDs. In this review, we are going to go over the case and show what we like and think can be improved.

We usually do builds with these such as our SilverStone CS280 Review and 8-Bay DIY NAS Build, and Building the Improbable Hyper-Converged NAS with the Silverstone CS01-HS. The CS381 was also slated for a build, but our Editor-in-Chief, Patrick, looked at the original build and said: “not good enough.” So we ordered a bunch of parts, and it is going to go bigger. We are going to talk about the first build a bit and why we scrapped the original plan as we talk about some of the features.

The front of the SilverStone CS381 chassis is covered completely by a door. Behind this locking door, we find the business end of the CS381, the front panel. One can see the eight 3.5″ hot-swap drive bays, a power button, and status LEDs which are all very common. There are two USB 3.1 Gen1 ports, useful if you need to dump data too and from external devices. What is less common are the stereo audio and microphone jacks on the front of the chassis. If SilverStone was focused on simply producing a NAS, rather than a NAS-workstation hybrid platform, we would likely not see that feature.

Perhaps the key feature of the CS381 is drive capacity. The CS381 supports up to 8x 3.5″ (or 2.5″) hot-swap drives. These have SilverStone specific trays. In a future update, we hope these can become tool-less as we have started to see many designs trend that way over the past year. Some NAS chassis come with locking drive trays to prevent accidentally moving a drive when servicing another one. While SilverStone does not offer this, the latching mechanism is designed well enough that this should not be an issue.

There are two locking mechanisms on the CS381. The front of the unit has a locking cover operated by a key. This is important if you want to keep drives in the chassis, especially in areas that may see theft or even inadvertent drive pulls. There is also a Kensington lock port to keep the unit tied down.

Connectivity to the drives is provided via two SFF-8643 ports. That means one can use 12G SAS3 as well as SATA III. The other impact is that the cables are more expensive but more compact than traditional SATA cables. Overall, we like this in a premium case like this one.

Cooling is provided via two 120mm dual ball bearing fans with 70K hours of life rated on them. One can swap these out for a 240mm radiator. One can also add additional cooling on the side of the chassis so that a GPU can be cooled.

Those two fans are 3-pin fan models. This chassis was released in 2019, and at this point just about every motherboard has 4-pin PWM fan headers. We wish that SilverStone included 4-pin fans here.

The front bottom corner is an expanse of solid sheet metal broken up only by the motherboard standoffs. You will likely need to remove drive cages or use a specific size screwdriver to get to some of the components.

One can see a standard rear I/O panel. Access to the area is great and ports are not in a deep recess making them easy to reach.

We are specifically using this Flex ATX Supermicro Xeon D platform with passive cooling because it has an onboard SAS controller with SFF-8643 SAS ports and a passively cooled CPU. Other features like the M.2 slot sit on the same plane as the motherboard. As a server motherboard made specifically for this type of application, one immediately notices a nuance of the SilverStone CS381. The entire front of the chassis on the motherboard plane is solid.

That means it is very difficult to get airflow to passively cooled NAS SoCs (e.g. the Xeon D and Atom C3000 series.) Even onboard motherboard components one will need to innovate to get airflow to. This is a fairly common concern in this type of chassis. Even the Supermicro SYS-5028D-TN4T and the larger Ablecom cousin needed augmented airflow as we saw in our FreeNAS Mini XL Plus Review.

The chassis itself is long enough to fit large GPUs. If you do not like the look of clear chassis and have a mATX motherboard in mind for your workstation, the CS381 can easily provide enough cooling for a very nice workstation platform.

One of the reasons we scrapped the original build is that the chassis is set up for consumer GPUs. There are two fan ports on the side that can bring in air or even be used with fans to push air into the expansion card section. If you are using server components such as NICs, HBAs, or even NVIDIA Tesla T4 AI Inferencing GPUs for an edge video NAS/ analytics platform, then getting front to back airflow is not easy. The front of the case here is solid sheet metal.

SilverStone is a major supplier of SFX power supplies. SFX is a smaller form factor than typical ATX power supplies, and SilverStone has done a great job building a robust and quiet lineup for SFX. At the same time, in the 700-750W range, a silent SFX PSU will run over $300 while an ATX PSU is in the $150-200 range. The CS381 is not necessarily a small case, but SFX PSUs do help keep the size reasonable. Technically the SilverStone CS381 can handle up to SFX-L PSUs, which extend the SFX form factor a bit. It also allows one to use larger PSUs in the system.

Earlier we mentioned the 2.5″ SSD mounting points. These sit atop the chassis and allow you to fit two SSDs for OS or caching. We like this feature a lot and one can actually fit two more SSDs into the chassis on the side.

Here we wanted to discuss one of the defining characteristics of the SilverStone CS381 that you will be aware of after you finish a build. Screws. There are a ton of them holding the case panels on, the SSDs, and etc. To install a SSD, in one of the top areas you have four screws for the SSD to the bracket then four screws for the bracket to the chassis. In modern servers, vendors are transitioning to completely tool-less hot-swap trays. The SilverStone CS381 is still firmly in the screw era. If you fully configure the system, you are going to have to work on at least 60 screws. They are not hard, it is just a lot.

Once you build the system, screws will be an afterthought. The SilverStone CS381 has some excellent features that mean it can excel if you are looking for a NAS and workstation hybrid.

Overall, the SilverStone CS381 makes an elegant case for a mATX build. The challenge here is that mATX is not as popular in the server market as it once was. We see examples of server motherboards reducing features such as removing DIMM slots and PCIe lanes just to fit in ATX form factors. The Supermicro X11SPH-nCTF is a great platform, but an example of this. When we look at the lower-power embedded products that make great NAS units, such as the Supermicro X11SDV-4C-TLN2F, Tyan S32272NR-C958, Gigabyte MB10-DS3, and others, the mITX form factor has become the platform of choice. As such, we wish that the SilverStone CS381 was either a little larger to accommodate a full ATX motherboard or a little smaller based around mITX. SilverStone has other products that can handle smaller and larger motherboards, so perhaps this is unfair.

Our other major gripe is the sheer number of screws involved in setting up the chassis. Instead of using tongue and groove connection points, or tool-less trays, everything was a screw. The fact that we had a series of pictures from our first build like the above speaks volumes as to how many screws there are.

Perhaps this is a workstation chassis with great storage instead of a server chassis. Coming soon, we are going to do a build that will force the system to do both that we think is going to be excellent featuring the 2nd Gen Intel Xeon Scalable CPUs, 192GB of RAM, a GPU, high-speed networking and more. It is taking a second full build, but now that we understand the chassis better, we are very excited.

Keys to success with the CS381 include:

If you do those things, then the SilverStone CS381 will make for a great build. Stay tuned to STH for our next build based on this chassis. 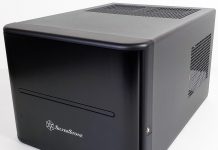 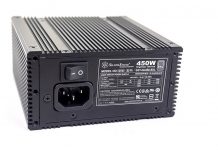