Samsung is getting ready for the post-Rome era (PRE) with a new line of SSDs designed to take advantage of PCIe Gen4. The server market has been stuck with PCIe Gen3 since the Intel Xeon E5-2600 V1 “Sandy Bridge Era.” Intel Xeon has now had six consecutive generations of CPUs of PCIe Gen3. In the first half of 2020, we expect Intel Xeon Cooper Lake to bring PCIe Gen4 just over eight years after the E5 V1 series launched. For device vendors, PCIe Gen4 brings the promise of the biggest performance improvements in almost a decade. For users, PCIe Gen4 gives Samsung’s customers the tantalizing opportunity to double the performance.

Samsung is offering the PM1733 in two different form factors. The first is a U.2 NVMe form factor that allows for installation in dense storage configurations. Using 96 PCIe Gen4 lanes from the AMD EPYC 7002 series in a single socket allows for 24 of these devices to be configured giving more aggregate bandwidth than a dual Intel Xeon Scalable CPUs can offer.

Samsung says the also has dual port capabilities to support high-availability storage arrays applications. What is interesting is that Samsung says this has capacities up to 30.72TB per drive.

The other form factor is the Samsung PM1733 PCIe Gen4 x8 AIC. This has twice the bus bandwidth as the U.2 but the half-height, half-length card only has capacity up to 15.36TB. 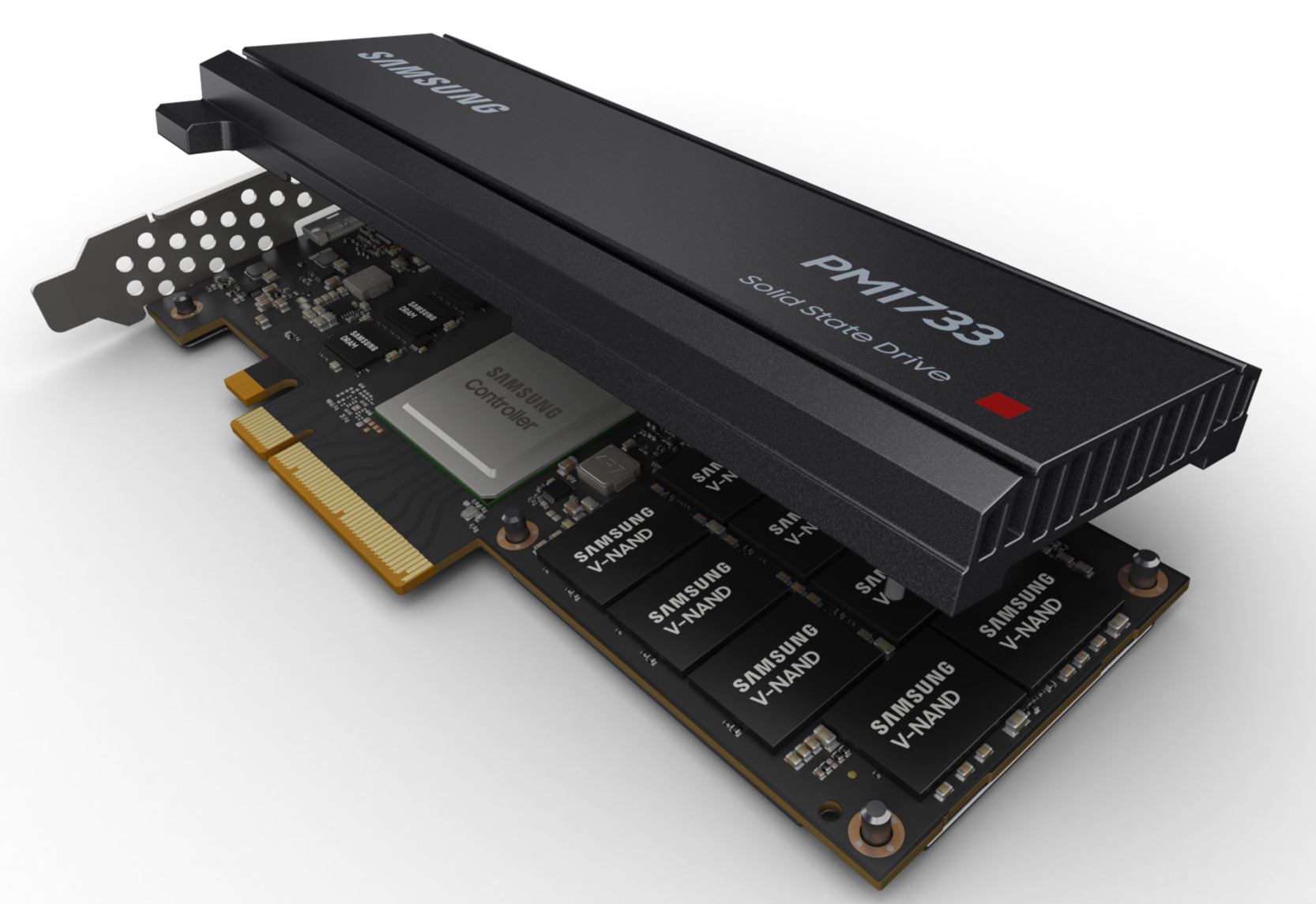 Samsung also announced that it has 256GB DDR4 DIMMs for those who want to load an AMD EPYC 7002 server with up to 4TB of memory per socket. STH previously covered this in Samsung and SK.Hynix 256GB LRDIMMs for Your Server Are Here. At the time, we were told that AMD EPYC 7001 servers could only handle up to 2TB of memory total even with these DIMMs. The impact here is that one can now get 64 cores/ 128 threads and 4TB of memory per socket. That comes at a lower cost than a 28 core Intel Xeon SKU like the Intel Xeon Platinum 8276L that can address up to 4.5TB of memory.