SPECworstation benchmark is an excellent benchmark to test systems using workstation-type workloads. In this test, we only ran the Storage component, which is fifteen separate tests.

The Samsung 980 1TB has overall good performance in SPECworkstation, trading blows with the other high-performance PCIe 3.0 SSDs.

This is not necessarily a benchmark, so much as trying to catch the post-cache write speed of the drive. While I am filling the drive with data to the 85% mark with 10 simultaneous write threads, I monitor the drive for the write performance to dip to the lowest steady point and grab a screenshot.

This is a new section to my reviews, and something I plan to track from now on. Since I have not been gathering this data up until recently, I do not have historical data from my other reviews. Once I do I will start including comparison graphs.

Settling in at a sustained post-cache write speed of around 450 MB/s, the Samsung 980 1TB is respectable but certainly not class-leading on this test.

We are going to compare the Samsung 980 1TB with its predecessor drive, the 970 EVO Plus, as well as its big brother the 980 Pro. Unfortunately, neither drive in our test set was tested at the 1TB capacity point, but we will do the best we can.

Comparing directly against its predecessor in the 970 EVO Plus 250GB, the Samsung 980 1TB has mixed results. In general, the 970 EVO Plus manages to edge out the 980 in sequential read workloads, while tests that factor in random read tends to favor the 980. Unfortunately the 970 EVO Plus 250GB is operating at a handicap; the smaller amount of NAND directly translates to fewer populated channels on the 970 EVO Plus’s controller, and had the benchmark been apples to apples with 1TB drives it is entirely possible the 970 EVO Plus could have an even stronger showing. Even when comparing against the baby 970 EVO Plus drive, the 980 1TB cannot claim a clean victory.

We monitored the idle and maximum temperature during testing with HWMonitor to get some idea of the thermal performance and requirements of the drive. Please keep in mind that our test bench is an open frame chassis in a 22C room, but with no direct airflow. As a result, this is not representative of a cramped low airflow case and is instead intended to model temperatures of a drive ‘on its own’.

Thermals on the Samsung 980 1TB were a bit warm. Peaking at 69C, this drive is certainly not the model of electrical efficiency like the SK hynix Gold P31 1TB, but it should not require extra cooling in most circumstances.

Again, we are mostly looking for the absence of runaway thermals here during our testing rather than comparing drives to each other.

The Samsung 980 1TB is $130 on Amazon, which is in line with pricing of other premium PCIe 3.0 SSDs like the SK hynix Gold P31 1TB, and below the price point of Samsung’s own 970 EVO and 970 EVO Plus 1TB. In a key differentiating factor, though, is that those drives are not DRAMless. It is, however, a few dollars more than the more value-oriented drives like the WD Blue SN550 1TB or the HP EX920 1TB. Samsung seems to be aiming for ‘mainstream’ more than ‘entry-level’ but I think there was an opportunity for a $120 price point that would have been more compelling. 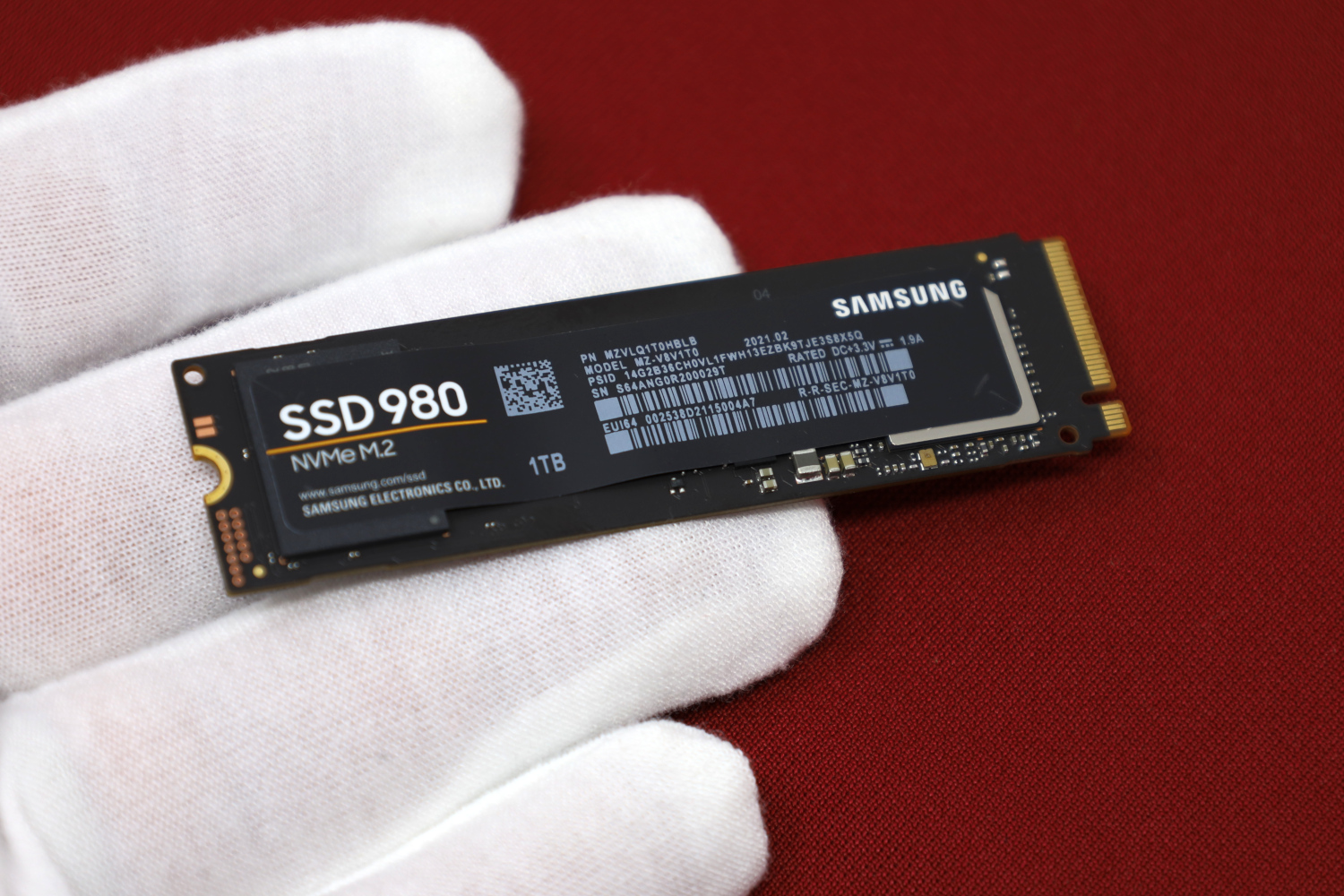 The Samsung 980 1TB seems very much like a transitional product. It does not clearly outperform its predecessor, and many enthusiasts will look very suspiciously on a premium/mainstream drive that lacks a DRAM cache. Given the single NAND package and lack of DRAM it is undoubtedly less expensive to produce than the 970 EVO before it, but that is a factor for Samsung to consider and not particularly something consumers will care about, especially given that Samsung has not reduced the price of the 980 very far below the 970 EVO predecessor. With that said, the Samsung 980 1TB is still a competitive drive that would work very well in almost any PCIe 3.0 NVMe system.

What Are Host Memory Buffer or HMB NVMe SSDs