STH readers have certainly felt the price of NAND skyrocket. NAND is the primary silicon-based storage medium used to store data in solid state drives (SSDs.) There is news of a major power outage at a Samsung NAND fab (factory) that damaged the silicon wafers in production at the time. The estimates are that up to 11% of Samsung’s NAND production in March was damaged. Samsung is a major NAND supplier so that means it is estimated to leave March 2018 worldwide NAND supply short 3.5%.

When one says there is a 1TB SSD, that 1TB SSD usually has raw NAND capacity greater than 1TB. Recently in our DeepLearning11 three-quarters later article, we highlighted how SSD pricing has gone up over the past year due to a shortage. Essentially, smartphones, tablets, laptops, workstations, IoT devices, servers and other classes of machines are switching to NAND as their primary storage. As these devices grow in quantity and capacity, NAND manufacturers have struggled to keep pace.

In March 2018, it has been reported that Samsung suffered a major power outage at one of its facilities. The power outage was said to have lasted 30 minutes but the impacts will reach everyone in the market. Manufacturing NAND is a complex process and this power outage seems to have damaged a large number of in-process silicon wafers. Here is an excerpt from the Technews.tw story:

“U.S. Department of Foreign Investment estimated that there will be 50,000 to 60,000 wafers damaged in the Samsung PING Flash NAND Flash plant, accounting for approximately 11% of Samsung’s NAND Flash production in March, which will affect NAND Flash supply in March of 3.5% worldwide.”
(Source: Technews.tw auto-translated via Google translate)

Industry analysts had predicted NAND prices to stabilize in 2018. This is a significant market disruption that will have SSD makers short on their supply as companies cover for the missing production allocations. Expect a near-term increase in NAND SSD pricing as these impacts hit the market. 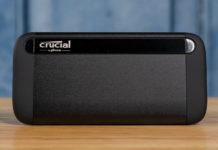