Our Market Perspective and Final Thoughts

If in 2016 I thought the Arm server (ThunderX) was ready for developers to use, and in 2018 Arm servers (ThunderX2) had some unique benefits rivaling Intel Xeon Scalable and AMD EPYC 7000, then in late 2019 it may be time for a change.

One of the key challenges in this whole game is that net, the biggest winner of the server vendors in the Arm ecosystem has been Arm. Companies buy a license and pay royalties and Arm makes money. The Arm server vendors have faired less well. Here are a few examples:

Here, perhaps Cavium/ Marvell has the leading solution with Ampere’s next generation eMAG being highly anticipated. The cloud and server vendor teams building their own solutions, as AWS and Huawei have done, is certainly an interesting approach.

The other side here is that if one is trying to take share from Intel or x86, the Arm Neoverse N1 has a substantial hurdle. IBM POWER has some nominal unit volume at the top end of the spectrum where it can live with high margins and a somewhat captive market. Arm Neoverse N1 players have a different challenge. AMD was able to enter the market with EPYC and x86 compatibility with Intel systems that hold the majority of the market share. You can read: AMD EPYC Market Share Gains in 2018 Our Take. Five or six quarters after launch, being able to run the same codebase as the majority of the market, cutting prices and offering more cores/ platform features, AMD managed to make a 3.6% dent in the market in 18 months (or 15 if you toll from when all parts were available.)

At 3.6%, AMD needs to grow to stay in the business. For a cloud provider to get 5% overall server market share with an Arm CPU would mean running internal services (e.g. databases, load balancers, and etc.) on their Arm designs and slowly making more Arm servers available.

If it is a collection of Arm CPU focused companies that are aiming to get share, then the race is always on to see if they can drive adoption to where investment makes continued sense. Arm getting 10% market share with 20 companies designing CPUs seems challenging because chip companies need volumes to keep costs lower. If companies do not differentiate and just put out Arm Neoverse N1 derived cores with off the shelf memory and other IP, then they do not have a competitive advantage over another company that will copy that route the following year.

Traditional on-prem enterprise is likely to remain x86 for the next few years. If you do not have volumes, and you need to run legacy applications and new applications, x86 is still what you will use. You may go AMD EPYC, but therein lies a different issue.

In 2016 when we did the original ThunderX piece, AMD was out of the server game except for some legacy Opteron sales. The entire market had to buy Intel. Cavium ThunderX was an alternative that companies could use to show Intel and negotiate better pricing. Intel inside sales teams knew that integrating Cavium ThunderX and Arm would, at that time, take more work, so it could come down in price but did not have to fully meet the pricing.

In 2017, AMD re-entered the market and has caused a stir. We broke that Intel is Serving Major Xeon Discounts to Combat AMD EPYC even in the channel on low volume deals. For Arm, that was a bad sign. Hyperscalers could push Intel on pricing without the heavy-lift of porting code. An impact of this is that we had market diversity, and companies can use AMD as an immediate danger to Intel’s sales.

With AMD EPYC “Rome” we are going to get features that Intel does not have, and many that Arm is touting with Neoverse N1 such as PCIe Gen4 and 64 cores. If you just want 64 cores, PCIe Gen4, and 8 channel memory, you do not need to turn to Arm Neoverse N1 CPUs to offer an alternative that Intel sees as a threat.

Where Arm Neoverse N1 becomes a winner for the ecosystem is if many vendors are vigorously competing with designs and accelerators. If the Arm Neoverse ecosystem can get 5-10% market share in mainstream dual-socket servers in 2-3 years that would be phenomenal even with many vendors competing. We would then likely see consolidation in the industry. If we had 5% Arm market share and 15% AMD market share exiting 2020, that would change the game significantly. Ultimately, that competition would be good for server customers.

At STH, we cover the embedded market quite a bit. Earlier this week we had the Intel Atom C3758 review and our exclusive AMD EPYC 3201 review as parts of longer running series at STH. Here, the Neoverse E1 has an excellent opportunity to succeed.

Having many cores, so long as clock speeds remain acceptable, can help throughput and parallel processing. The need to hit certain TDP and overall system form factor, as well as power requirements, make the Neoverse E1 well-suited for this domain. Carriers and service providers tightly integrate solutions and as products move from a high dollar per part server CPUs to edge cases, volumes can rise supporting more competitors.

While the Arm Neoverse E1 focused on platforms themselves, Arm has a different vector for these parts. For example, we covered the Netronome SmartNICs which use Arm cores for eBPF. We are not seeing computational storage, SmartNIC, BMC, and FPGA vendors turn to x86 cores. Instead, Arm is winning in all of the parts that plug into servers. In aggregate, the cost of CPUs in a modern server is dwarfed by memory, NICs, accelerators, and storage.

If one thinks of Arm Neoverse E1 becoming the offload engine for intelligent devices in terms of endpoints and the edge of the network, then the TAM is enormous. Intel and AMD need to update product portfolios to counter this threat if they can.

While the Arm Neoverse N1 may be the exciting new “big iron” CPU, the biggest opportunity perhaps is actually with the Arm Neoverse E1 product. Arm can lose the dual socket CPU war for five years chipping away at market share while making those CPUs less relevant with Neoverse E1.

There is a battle brewing. In 2019 and 2020 we are set to see an explosion of server CPU architectures. We are going to see architectures focused at traditional “big iron” dual socket deployments as well as smaller deployments focused on the edge. All the while, Arm Neoverse may win using a strategy akin to IoT where it will turn today’s low-intelligence server peripherals to intelligent devices.

As we enter the 2019/ 2020 cycle, it is clear we are headed for exciting times. Intel is seeing this threat from AMD and Arm and waking up competitively again. Ultimately, it will be customers who win as margins are squeezed to win deals and innovation picks up. We founded STH almost ten years ago at the end of the last major innovation cycle. After a low point in innovation, activity is about to pick up again with entrants like the Arm Neoverse N1 and Neoverse E1. 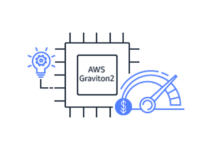