If we were to give an award for coolest entry in the server space for 2016, it would go to Cavium. The original Cavium ThunderX platform is still our recommendation for anyone doing serious ARM server development. That platform features 80Gbps worth of Ethernet for each processor based off of the SoC. Our dual Cavium ThunderX test platform had 96 cores and 160Gbps worth of Ethernet. The platform we tested also has the ability to handle 24 SATA devices without an add-in controller. Between the network and SATA ports the original ThunderX has a nice TCO since higher-end networking and HBAs are not required. Looking forward to the Cavium ThunderX2 in 2017 we are extremely excited for the new year.

The Cavium ThunderX 2 has a few major improvements over the first iteration. First, the Cavium ThunderX 2 is a new ARMv8 based core with out-of-order execution capabilities and higher clock speeds. While the original ThunderX had respectable performance, the single thread performance was lacking. The new ThunderX2 single thread performance we are told is going to be greatly improved. Further, Cavium is pushing the core counts up by over 10% as well to 54 cores (from 48 in the first gen.) Feeding these cores will be a 6 channel DDR4 memory interface. The net result is going to be a very healthy compute improvement that we have heard rumored to be on the order of 2x to 3x.

Aside from the raw compute, we are going to see an upgrade to Cavium ThunderX2 networking in the form of 25/50/100GbE while still supporting 10/40GbE. In 2017 that is going to be a major advantage. We are seeing a significant uptick in systems supporting 25/50/100GbE and we have been getting more requests in the DemoEval lab for 25/50/100GbE. Competitive platforms from Intel and AMD will only have 10GbE built-in. Unless one is using an Omni-Path fabric with Intel Skylake-EP and Knights Landing/ Knights Mill, there is going to be a huge bandwidth advantage for the Cavium ThunderX2 platform.

Finally, we have heard that the ThunderX2 platform will support PCIe 3.0 x16 so there will be an interesting possibility of having GPUs/ accelerators accompanying the new platform with more PCIe bandwidth. For a company like NVIDIA or Xilinx the prospect of championing a ThunderX2 platform to move away from Intel CPUs would make a lot of sense.

If we had a wish list for ThunderX3 it would be for a huge pool of PCIe 4.0 lanes to play with to take advantage of the switch to NVMe storage. By the end of 2017 we expect SSD transition from SATA to NVMe to be in its later stages.

Overall, when you compare the Cavium ThunderX2 to the 48 core Qualcomm Centriq on paper, it is fairly evident that Cavium is reaping the benefits of a second generation product. Remember, we wholeheartedly recommend getting ThunderX today if you are a developer looking to move beyond toy Raspberry Pi clusters and into more serious data center ARM development. That makes the prospect of the Cavium ThunderX2 utterly tantalizing as there is an exciting roadmap for improvement across single core, multi-core, networking, storage and other I/O accelerators. 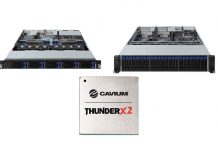 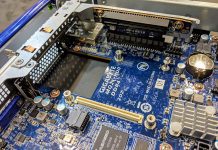 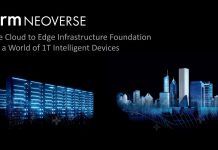