Xilinx is best known as a FPGA supplier. In our Trends in Server Compute 2017 piece we highlighted the mega trend of machine learning and AI driving growth in server compute. Xilinx has the opportunity to be a major player. While Microsoft is using Intel (Altera) FPGAs in their cloud offering, Xilinx has a key ally in becoming the FPGA choice for 2017, Amazon’s AWS.

Xilinx Poised for a Strong 2017

Beyond the AWS cloud and traditional FPGA customers, Xilinx is pushing into smaller installations too. For example, the Parallella ARM development board we helped fund years ago as a Kickstarter project used a Xilinx Zynq7010 FPGA.

We have also seen FPGA cards with one to multiple Xilinx FPGAs that are aimed at the machine learning space. Companies like Cavium, Qualcomm and IBM will be looking at Xilinx to fill the void in terms of performance for their AI workloads. Xilinx does not have a GPU (e.g. NVIDIA and AMD) nor a competing CPU platform (e.g. Intel) making Xilinx an interesting partner for anyone that needs an acceleration partner.

The trick with FPGAs is that there is a fairly large gap in terms of freely available information. For example, if one wants to use NVIDIA CUDA GPUs for machine learning with Tensorflow they can be up and running within a few minutes. FPGAs have long been the realm of more specialized knowledge.

Overall, we think that Xilinx could be a company that exits 2017 with a lot of momentum, especially if it can bring the AI tools in AWS and translate them to hardware design wins. While Intel is aggressively trying to market its AI FPGA hardware and software IP, Xilinx needs partners to close the knowledge gap. 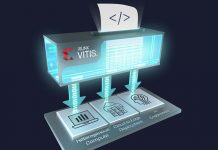 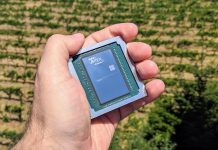 Xilinx Virtex UltraScale Plus VU19P is a Big FPGA 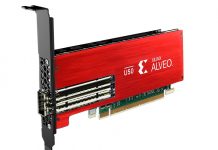