The Samsung PM1733 and PM1735 have a number of new technologies. First, Samsung is introducing what it calls fail in place which allows for an entire NAND die to fail and the drive continue to run. Second, Samsung is adding what it calls virtualization technology. This is really SR-IOV for the NVMe SSDs which is a major feature itself as it allows for up to 64 VMs to access the drives natively. We should note, that SR-IOV pass-through to VMs often impairs live migration efforts, but it is still an important technology. Lastly, the SSDs feature what Samsung calls V-NAND machine learning technology. This helps characterize different NAND cell characteristics. Samsung claims it is using big data analytics, but we think this is an important feature, but one that is using buzzwords to sound more exciting.

Here are the key specs of the new SSDs:

From 800GB to 30.72TB is the range of capacities and the PCIe Gen4 x8 cards with 1.6TB to 15.36TB are going to top out at around 8GB/s read and 3.8GB/s write per drive. As a result, Samsung is not fully utilizing the PCIe Gen4 bandwidth so we see these more as first-generation PCIe Gen4 drives with future generations offering more performance.

Samsung is still using the legacy U.2 drives, so we expect the company will need to refresh in 2020 as we start to see more drives adopt U.3 for better backplane flexibility. One may note that DWPD ratings have come down from the 7-10+ that we saw years ago but that is because as drives have grown, the amount of data a drive write represents has grown as well. 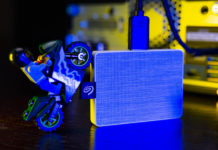