For our power testing, we used AIDA64 to stress the NVIDIA GeForce RTX 2060 Super, then HWiNFO to monitor power use and temperatures.

After the stress test has ramped up the NVIDIA GeForce RTX 2060 Super, we see it tops out at 179Watts under full load and 11Watts at idle. We were frankly surprised to see this result but it shows the power efficiency of NVIDIA’s cooling solution.

A key reason that we started this series was to answer the cooling question. Blower-style coolers have different capabilities than some of the large dual and triple fan gaming cards. In the case of the NVIDIA GeForce RTX 2060 SUPER which uses dual fans that exhaust hot air into the case and out the back.

Temperatures for the NVIDIA GeForce RTX 2060 SUPER run in a temperature range equal to other cards in this class.

The big improvements in terms of compute, memory bandwidth, and memory capacity for the NVIDIA GeForce RTX 2060 Super has an enormous impact. Increasing memory size to 8GB had “Super-sized” impact. In some of our rendering tests and especially with Tensorflow training, we saw outsized gains over the 6GB GeForce RTX 2060. On some of these deep learning benchmarks, we could not run the RTX 2060 6GB cards because of memory constraints. With 8GB, the new NVIDIA GeForce RTX 2060 Super has significantly more deep learning training potential. If that is your intended CUDA application, we certainly think the $50 price premium for the Super part is worthwhile.

In the vast majority of tests, it is equal to if not slightly better than the previous generation GeForce RTX 2070 and GeForce GTX 1080 cards. For $399, one gets the latest generation GPU. On the AMD side, the new Navi based parts are unable to complete even half of our test suite due to the compute stack. NVIDIA, on the other hand, has a strong commitment to CUDA and GPU compute that scales all the way from this gaming marketed card up to NVIDIA Tesla V100 as we saw in our Inspur Systems NF5468M5 Review and beyond.

We think the NVIDIA GeForce RTX 2060 Super 8GB GPU is the perfect storm for price/ performance in the entry deep learning space. You get a big bang for your buck here. For our users, the extra $50 spent over the earlier GeForce RTX 2060 6GB is perhaps the best $50 spent in a system. 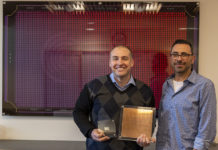