HPE has finally completed the acquisition of Cray making a supercomputing powerhouse. This deal has been in the works for many months as we noted in HPE to Acquire Cray to Bolster HPC Capabilities. This acquisition marks a major milestone for HPE as it solidifies its place as the high-performance computing leader.

Cray (now HPE) has a ton of momentum. It has made major strides in the industry with its Shasta platform and new slingshot interface. What is more, the company says this is increasingly a solution that can be used beyond the traditional HPC space. Generations of HPC systems have made that same promise. With Slingshot built upon Ethernet technology, Cray made a strong design choice to enable that vision. 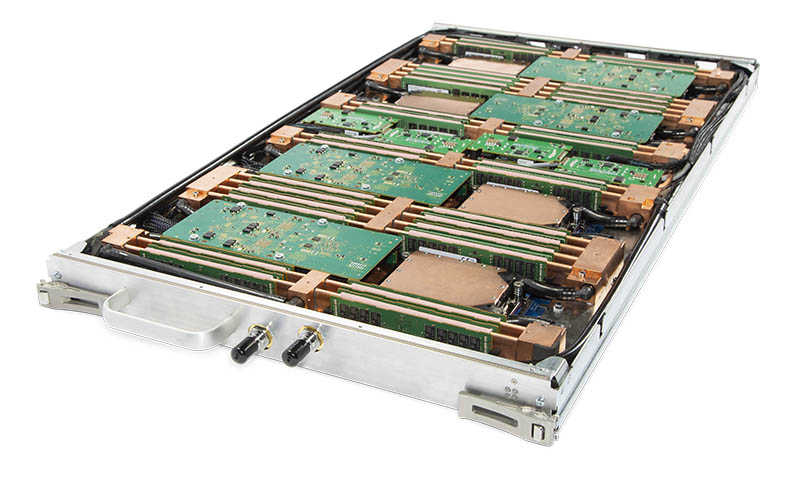 Cray Shasta Compute Blade ExampleWith the completed deal, HPE acquired a new technology platform. It will be interesting to see what has happened to the legacy SGI business. Will HPE continue to invest in both platforms or is the market big enough to support two separate businesses? Will HPE be able to keep both teams moving inside the behemoth organization? The human element may be the most important here.

Now the hard part begins. HPE has playbooks for post-merger integration. If it is successful, Cray customers will get access to HPE’s larger service and support network along with GreenLake as a service. HPE’s customers will get absolutely cutting edge HPC and AI platforms. What is clear, is that Dell will need to make moves if it wants to be competitive with HPE’s new fervor.