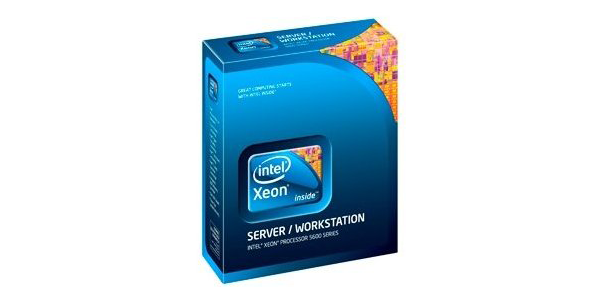 Today we are benchmarking dual Intel Xeon E5-2670 processors which are fairly high-end Intel CPUs. Each retails for well over $1,500 making them an expensive proposition. The Sandy Bridge-EP chips utilize 32nm manufacturing unlike the current 22nm that the Ivy Bridge and Haswell processors utilize. Each chip has 20MB of cache and operates 8 cores and 16 threads at 2.6GHz base and 3.3GHz turbo speeds. Unlike the previously benchmarked Intel Xeon E5-2690 processors, the Intel Xeon E5-2670 CPUs 115w TDP parts so they should be slightly more power efficient than the more power hungry E5-2690 and E5-2687W chips. Let’s see how they perform compared to our other Linux benchmarks.

We are using our updated test configuration for this benchmark session. The new configuration has 64GB of RAM and is using full retail silicon.

Overall this ended up being a nice test platform and is certainly a favorite.

Our Linux CPU test suite combines both single threaded and multi-threaded benchmarks. As we expect, in some of the tests the dual Intel Xeon E5-2670 performs worse than inexpensive single socket, higher frequency processors. These chips are meant for high-end servers where many threads will be running simultaneously. Still, it is important to see performance from both angles.

In single threaded performance, the dual Intel Xeon E5-2670’s do not get to shine since less than 1/16th of the setup gets used. Faster single core chips are very competitive here, even with the 20MB cache that the E5 octo-core chips have. This changes when we look at multi-threaded performance.

Performance figures here clearly favor having more cores. All of the benchmarks are sorted by the overall UnixBench multi-threaded results and one can clearly see the Intel Xeon E5 series dominate these results.

c-ray is a very interesting ray tracing benchmark. It provides both consistent results and some clear separation. Ray tracing is generally a great multithreaded CPU benchmark. For this test we use both a simple 7500×3500 render and a more complex 1920×1200 render. Here are the results:

Again, we see numbers very similar to the E5-2690. The 10% or so difference in this benchmark compares to an extra 33% cost difference.

Again we are seeing solid single-threaded performance however the new Haswell architecture that the Intel Xeon E3 series utilizes combined with clock speed does prove faster.

This is a good time to reflect on one key point: Look at where all of the cloud instances are falling in this test. For those wondering if bare metal still has a future, this should be at minimum informative.

Overall, the dual Intel Xeon E5-2670 is a solid setup that shows a lot of performance potential. It is a midrange part so it will not capture any performance crowns. On the other hand, it is $500 less expensive per processor than the next speed step up. Between now and early/ mid September 2013 (e.g. Intel’s normal Q3 release window) this is is going to be one of the better values for 2P systems. At the time of this writing, we are in a strange time because the desktop and UP Intel Xeon E3 chips, such as the Intel Xeon E3-1270 V3, are two architecture generations ahead. In terms of single-threaded performance, the E3 series makes more sense when pure single threaded performance is needed and small RAM configurations are possible. For the next few months though, we can clearly see why Amazon is using the E5-2670 setups in their AWS EC2 infrastructure.

Intel Arc A380 GPU is Out in China