With Windows Server Essentials 2016 hitting the market with General Availability, we wanted to try the new software with an Intel Xeon D based system. Windows Server Essentials 2016 is limited to 25 users and 50 devices in AD. As a result, it is meant for small organizations with few users and relatively smaller hardware sets. We recently had a Supermicro X10SDV-12C-TLN4F+ motherboard in our lab and after running some Linux benchmarks we tried the Windows Server 2016 Essentials on the platform and had a pleasant treat, out-of-the-box hardware compatibility is excellent.

About the Intel Xeon D Platform

We had the motherboard installed in one of our 1U Intel Xeon D test beds that we use for DemoEval systems. The test configuration was fairly straightforward but does provide an excellent platform for those using Windows Server 2016 Essentials.

This small test platform has plenty of room to expand. In production, we likely would have used a mirrored boot setup. We also generally use SATA DOMs for Linux/ FreeBSD boot volumes while we like to use larger SATA SSDs for Windows Server boot drives. The test platform has plenty of cores and also has room to add two DIMMs and expand to 128GB RAM (for future/ other use cases.) This particular motherboard has two sets of network ports. The 1GbE links are controlled by an Intel i350 NIC which is a higher-end NIC. The 10GbE links are powered by the Intel X552 MAC found on the Intel Xeon D (Broadwell-DE) package. With some OSes and hypervisors, one will need to install new Intel drivers to get the 10GbE links to work.

The entire platform was running idle at under 50w and under load at under 110w, even with the 1U form factor cooling. This setup would be easy to fit in commodity colocation.

We let the Windows Server 2016 Essentials setup run and found awesome compatibility with the Intel Xeon D hardware. Here are a few screenshots via Device Manager to show what the out-of-the-box experience is.

In terms of seeing our storage, the Intel Xeon D platform performed well under Windows Server 2016 Essentials. We can see that the disk drives were available. We found that the Intel Xeon D has a C200 series Intel PCH and we see the advantages of Intel using a well-tested PCH as devices are automatically recognized in Windows Server 2016 Essentials.

The other key point to note here is that the Intel X552 SFP+ NICs work out-of-the-box. There is no need to install additional drivers. In Windows Server 2012 R2 this was not the case which caused issues in Intel Xeon D systems with only 10GbE NICs. The Supermicro X10SDV-12C-TLN4F+ has dual 1GbE so this is less of an issue on the particular platform but it does mean that less expensive platforms using only the onboard Intel 10GbE NICs are viable with Windows Server 2016 Essentials.

Perhaps the most interesting look is under System devices where one can see the power of using devices across a wide range of architectures. Here you can see that many of the system devices that would require driver installation under Windows Server 2012 R2 are recognized immediately.

In fact, on our Supermicro test platform we saw only two devices that had the caution triangle. Frankly we have seen Windows Server systems in production with many more than this.

Why not Windows Server 2016 Standard or Datacenter with Intel Xeon D? 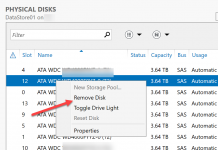 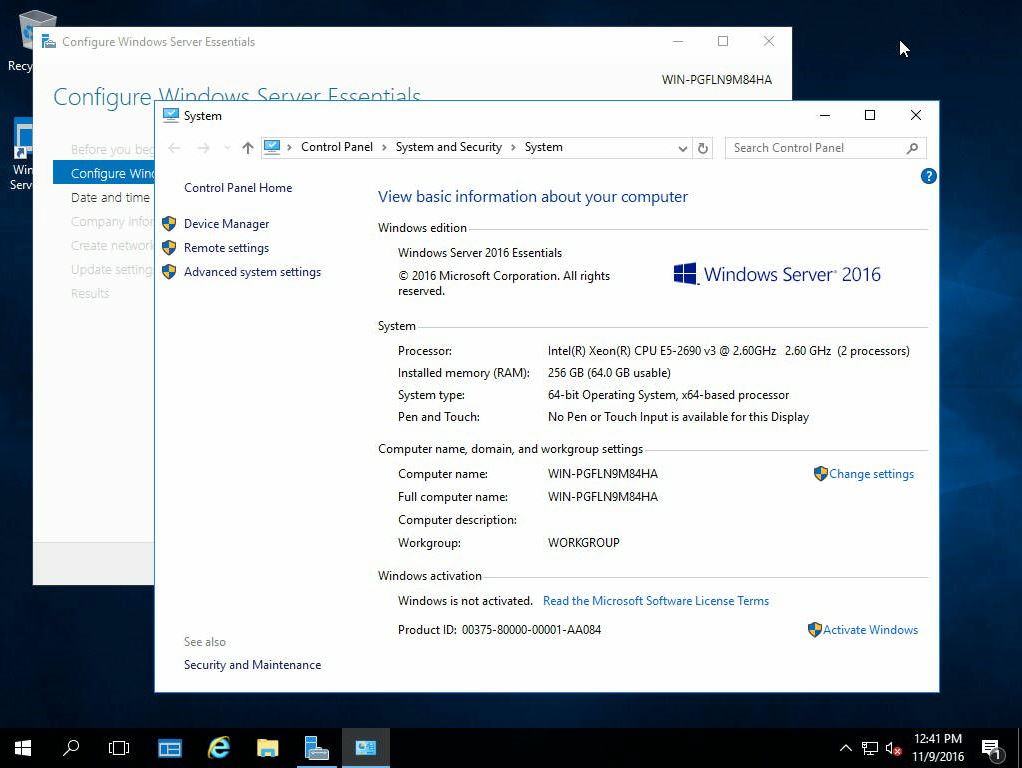