The death of SATA is one of those storylines that we thought would be a short one, but has taken on a much longer story. NVMe is the interface for high-performance storage. PCIe-based technologies simply leave SATA in the dust. At the same time, if you need to attach many storage devices in a single chassis, most current platforms cannot handle 24x NVMe drives with enough PCIe lanes for 100GbE NICs as well. As a result, Toshiba sees an opportunity over the next few years for a SAS3 “light’ product. It calls this market response the Toshiba RM5 which is based on 12Gbps SAS3 and is intended to bridge the gap for the next few years until PCIe finally takes over.

SAS3 is regarded as a fairly robust interface. Most SAS3 drives are designed for scale-up SAS infrastructure where there are high-availability controllers attached to dual port SAS3 SSDs. For storage systems, dual-port SAS3 SSDs work well and conveniently fit into existing infrastructure while PCIe solutions often require systems to undergo significant rework to transition from SAS3 to PCIe. With the Toshiba RM5, the company is targeting a large market. These are the single servers that are still using SATA attached to SAS3 controllers and are the same places where the industry expects SATA to fall off from over the next few years.

Most of the Tier 1 enterprise server vendors utilize onboard SAS controllers in their SAS/SATA 1U and 2U systems. Here a Dell EMC PERC 740P from our, PowerEdge R640 review, providing SAS3 connectivity to the chassis drive bays while the SATA ports (labeled SATA A and SATA B) are empty:

Here is another example from our Lenovo X3650 M5 review showing a similar configuration.

The key here is that major vendors like Dell EMC, HPE, Lenovo, and others have SAS3 infrastructure that customers are plugging SATA III drives into. The Toshiba RM5 is designed for these servers and to address the decline of SATA III.

If a server has a SAS3 controller, and a single port backplane, the Toshiba RM5 is designed to be the go-to otpion for SSD capacity over SATA and at a lower cost than traditional SAS3 SSDs.

Toshiba believes that SAS3 drives on dual port 12Gbps interfaces cost more but also have significantly more performance than SATA drives for servers and that there is an opportunity to address this market with a lower cost SAS offering.

Here are the specs of the Toshiba RM5:

Key points are that the power consumption is considerably lower than typical dual-port SAS drives at only 9W for a 7.68TB version. That is more in-line with what we would expect from SATA III, although SAS3 is designed as a higher power interface for increased speed and signal length. Endurance is rated at 1DWPD which is plenty for a SATA replacement drive since the bottom end of the range starts at 960GB. The other major area to look at is the performance with up to 838MB/s sequential read and 650MB/s sequential write speeds. These figures, along with the IOPS figures, are well below standard enterprise 12Gbps SAS3 offerings we have seen, but they are still beyond what the SATA III interface can offer.

Toshiba has to clearly define where the RM5 will play. It is essentially a replacement for SATA but by lowering the cost, it has to ensure that the product positioning is far from its existing enterprise SAS3 market.

Here is a good picture of SATA versus the Toshiba RM5 in terms of performance:

A few notes from what we asked the company about regarding this chart during our briefing:

The key takeaway from our discussion is that by using SAS3 the Toshiba RM5 is flat out faster than SATA III interface SSDs.

In many scenarios, such as hosting Windows Server 2016 or VMware ESXi servers, local hardware RAID is still popular. For these scenarios, servers are equipped with SAS3 controllers standard from major manufacturers. It makes sense to use the existing infrastructure with a drive that can better address the performance that is available in the higher-end infrastructure, yet saves power by not utilizing a dual port design that is often unused in standalone servers.

Admittedly, my first thought with this was that these are awesome scale-out storage drives as well. If you are building a Ceph, GlusterFS, Lustre or another scale-out storage cluster where the architecture does not utilize high-availability dual-port SAS disk shelves, the Toshiba RM5 makes a lot of sense.

An elephant in the room is that this is not the mainstream technology 5-8 years out. As we see SATA III decline in prominence, single port SAS3 already has a several generation old replacement technologies in the marketplace with NVMe. Vendors like Intel with VROC are trying to make NVMe RAID the replacement for local SAS3 drives. Still, if one looks through at least the remainder of the Skylake-SP and to the Cascade Lake-SP generations of Intel CPUs which should be in the market at least through 2021, SAS3 will continue to be used in mainstream servers and the Toshiba RM5 consequently will have a home. 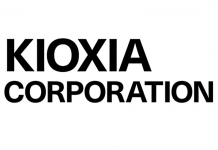 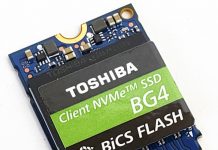 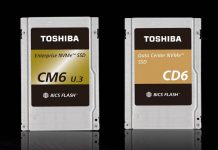