The ARMv8-A architecture has become increasingly popular with alternative vendors such as Cavium and Qualcomm. Both companies are building high-end 64-bit ARM servers that have the Intel Xeon line squarely in their crosshairs. At the 2017 Supercomputing conference, there is an enormous Cavium ThunderX2 presence in booths. The bottom line is: 64-bit ARM chips are on the fringes of being mainstream. While the hardware has been capable, the software ecosystem has been an asterisk.

In mid-2014 Red Hat announced an early access program for RHEL and ARM. Many of the companies in that announcement have changed. The AMD Opteron A1100 was a failed product. AppliedMicro has seen its X-Gene line transacted multiple times without gaining significant market traction. Broadcom exited the high-end ARM server business although that effort had direct impacts on the Cavium ThunderX2 we are seeing at the show. ThunderX may be the most successful ARM server chip brand since that Red Hat announcement in 2014.

Starting in mid-2016 and now in 2017, the ARM server platform has become much stronger. We are seeing more tools available in standard repositories. We are also seeing more binaries compiled and with a higher optimization level than we saw previously. Container ecosystems, such as Docker now have more images tagged for aarch64 use. The software ecosystem has been growing.

With today’s announcement, the immensely popular Red Hat Enterprise Linux 7.4 is supported on ARMv8-A architectures. No longer is it a development preview. Instead, you can purchase ARM server hardware, install Red Hat and purchase support for the configuration. In the enterprise server world, Red Hat is a leading OS which makes this an important milestone for the ARM server community and will certainly help drive adoption of alternative architectures such as ARM.

You can read more on Red Hat’s announcement here. 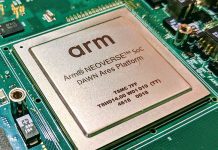