Microsoft recently announced Project Brainwave access to Intel FPGA accelerated AI for developers. STH covered Microsoft Project Brainwave after the company’s Hot Chips 29 presentation. The company is using Altera / Intel FPGAs to do ultra-fast AI model deployment in its edge network. While others are focusing on GPUs and CPUs, Microsoft says that the Intel FPGA platform provides the flexibility, performance, and platform that is best suited to delivering real-time results to its users of services such as Bing and Cortana.

Microsoft Project Brainwave developer preview includes the ability for developers to do fast image recognition for its applications. Brainwave works on TensorFlow, one of the most commonly used frameworks for doing AI calculations using deep neural networks, a method that is roughly modeled on theories about how the brain works. Microsoft is also working on building the capability to support Microsoft Cognitive Toolkit, another popular framework for deep learning. That is interesting since it again shows the new Microsoft culture building on Tensorflow before a Microsoft platform.

Microsoft Project Brainwave Behind the Scenes

Behind Brainwave is an interesting architecture where a pre-trained model is pushed to a FPGA fabric. From there, it can be scaled and utilized through Microsoft’s massive cloud infrastructure and optimized for performance. 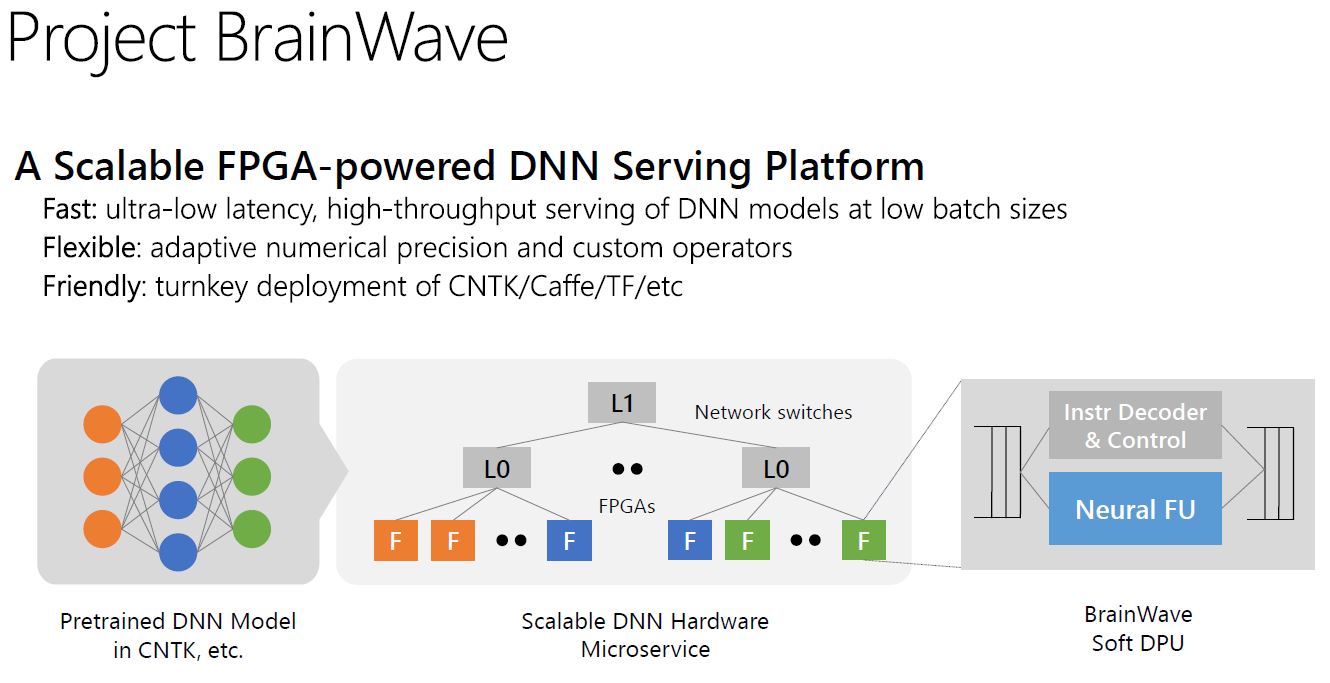 One of the FPGA traits that Microsoft finds most appealing is that a FPGA can be quickly reprogrammed to respond to new advances in AI, making it more flexible in such a fast-changing field than GPUs or other ASICs. Microsoft is able to run multiple models on a single FPGA and

Microsoft also says that using this FPGA architecture is more flexible for deployment and for creating clusters than traditional AI compute models. If you want to learn more about what is behind Brainwave from STH, check out our piece Microsoft Shows off Project BrainWave Persistent Inferencing from FPGA Cache.