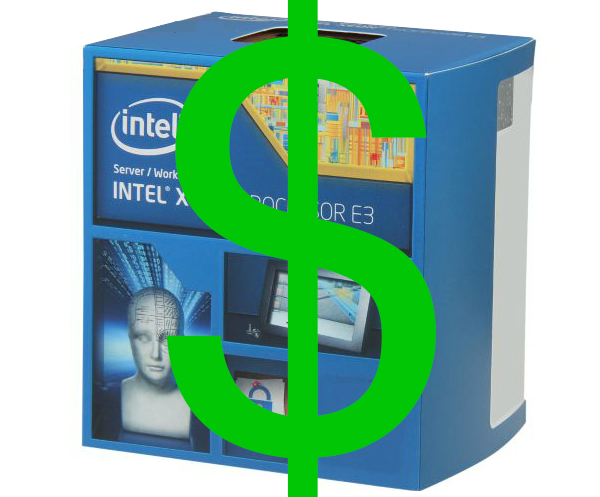 Since the Intel Xeon E3-1200 V3 series utilizes the same native core architecture, performance scales predictably with cores and clock speed. The main variables then become the price on pays for the processor and the clock speed one receives in return. A few major caveats exist though. First, speed is not the only thing that matters. Unlike the Xeon E5-2400 and E5-2600 series, the Intel Xeon E3-1200 V3 series can have an onboard GPU. Second, TDP matters. The Intel Xeon E3-1200 V3 series is often meant to be deployed in many systems at a time. TDP is a major concern and the market pays a premium for lower power consumption. Third, Intel has features such as Hyper-Threading which can provide a major performance boost in some applications. Fourth, Intel’s Turbo boost can greatly change the processor’s speed therefore changing the price/ performance ratio.

Here is a quick table with the new Haswell based Intel Xeon E3-1200 V3 series processors and the pricing breakdown:

The pink/ red highlighted cells are the ones that fall below the average of the Intel Xeon E3-1200 V3 series.

One can quickly notice a few key takeaways:

Overall, this is a simple analysis on the Intel Xeon E3-1200 V3 series value. Haswell does provide other benefits, namely in operational costs which cannot be overlooked. Also, for some markets without IPMI 2.0 the onboard GPU is worth a significant premium not captured in the analysis. Hopefully this proves equally as useful as the previous version.