IBM made waves today. Just after the company’s Power9 Accelerated I/O discussion at Hot Chips 31, the company dropped a major announcement at the OpenPower Summit 2019. IBM is opening the Power ISA and donating it to the open-source foundation. Further, OpenPower is now joining the Linux Foundation. That is a lot to unpack.

IBM opening the Power ISA means that others who want to use Power can design cores and systems using Power. That is a big deal and the company showed soft cores running on a Xilinx FPGA at the show.

Beyond just opening the Power ISA, the company is also moving OpenCAPI and Open Memory Interface to the open-source community. You can read about Microchip SMC 1000 For The Serial Attached Memory Future. As an example of why this matters, if you now use the Power ISA, you can use a serial memory interface (OMI) and support DDR4, DDR5, and even persistent memory or GDDR6 on your solution. Compared to building on an Arm ISA, one does not need to license proprietary controller IP for every chip and memory combination.

Moving the project to the Linux Foundation is a big shift as it immediately demonstrates an intense focus on open-sourcing the chain. OpenPower has been a leader in providing features like open firmware and opening the ISA and putting it under the Linux Foundation umbrella will accelerate the view that it is a leading open platform. IBM is also including a lot of the design tooling and features like soft cores so designers can get started immediately.

For the Arm and RISC-V teams looking to build x86 alternative servers, having Power cores available to chip designers is a significant threat. Companies like Google who use Power and have the ability to do their own chip design, this is going to provide another alternative with the opportunity for TPU-like high-performance projects.

Where to Learn More

You can read the official announcement here. 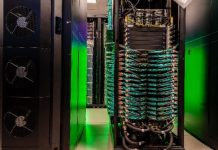 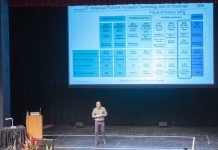