Home Server Other Components SAS Expanders, Build Your Own JBOD DAS Enclosure and Save – Iteration...

After completing the first DAS/ SAS Expander JBOD enclosure project I realized that there was a major area of improvement. Using less than 30% of a large 4U case’s volume for useful purposes seemed like the key area to improve upon. As I was completing that build I soon realized that I wanted a secondary server to be able to access some of the drives for EXSi or Hyper-V virtual machines. Further, NAS operating systems that run poorly in virtual machines, such as unRaid require dedicated server for testing. I could have built another server in another enclosure, but I decided that I could improve upon the original design and access drives that are housed in the Big WHS ecosystem through a simple cable swap. This eliminates the need to physically move drives from enclosure to enclosure. The following is a slightly (approximately $20) more expensive version of the original Build Your Own JBOD DAS Enclosure with a HP SAS Expander iteration.

As one can see from the original build your own project, the low cost motherboard takes up lots of useful space, yet provides little value as it only powering the HP SAS Expander.

The Norco RPC-4220 and RPC-4020 can both house large ATX motherboards that use all expansion slots to the rear of the case. From the above shot I realized that there was room to fit a mATX based motherboard (or mini ITX of course) and also the HP SAS Expander.

Setting up the PCMIG and HP SAS Expander solution

After searching for solutions, I saw a post by odditory at [H]ard|Forum where he used a PICMG based board to power the expander. After ordering the PICMG 1U backplane with 1x PCIe slot (you can search for PE-2SD1-R10 on Google to find a local retailer. It is made by a company called IEI).  I waited… two weeks for the PICMG board to ship and another few days for it to get here using ground shipping. It seems like these parts are not regularly stocked everywhere. Certainly this is not as convenient as using a low cost mATX board.

One large consideration with this solution is that the PICMG connectors (bottom of the board) are very large. Looking at the bottom edge of the above pictures lets one see the back-side of where the pin outs for those slots connect to the board. The Norco RPC-470 does not have a raised motherboard tray and the PICMG board fit no problem. In the RPC-4220 the PICMG connectors were too tall and therefore I could not seat the PICMG board in the case and still have the HP SAS Expander seat properly in the chassis expansion slot. The simple solution, 100% guaranteed to void warranties on the PICMG board, is to dremel off the PICMG 1.3 slots. There was quite a bit of room between the PICMG slots and the PCB so this was very simple.

With the PCMIG board modified, I was able to use bumpers and drill new PCB mount holes for the PCB. It should be noted that the board is VERY long (I haven’t measured it but it is likely over 30cm long just fitting between the mid-case fan mounting point and the rear of the Norco case.) Practically speaking, this means that using motherboard bumpers to keep the board well supported is important. Securing the installed HP SAS Expander to the chassis helps a lot with the setups stability.

Next, I used a jumper on the power button pins. This allows me to power on and off the enclosure using the primary (large) power supply.

This is a very important point. Without separate power supplies, a powered down secondary server in the chassis would cause the HP SAS Expander to lose power and attached drives would drop from raid arrays. Using a jumper on the power button header makes the on/ off switch the power supply switch at the rear of the case. If one only wanted to implement the PICMG solution as an alternative to the low cost motherboard (and not have a secondary server), then one might try connecting the power button normally.

Pictures of the full server setup

The big question at this point is, of course, what does this look like installed? Here are some pictures.

Here is a shot of the other side of the installed PICMG-HP SAS Expander next to the Supermicro X8SIL-F.

Clearly this is a tight fit solution. Expansion slots 1 through 4 can be used on the mATX board, expansion slots 5 and 7 are unused, and expansion slot 6 has the HP SAS Expander. In the above picture there is an Adaptec 5805 installed in slot 1, Intel Pro/1000 PT Quad in slot 2, and an Intel Pro/1000 GT (PCI) installed in slot 4. One can also see the OCZ Rally USB drive on the internal Supermicro X8SIL-F USB header. The setup affords plenty of room to work on the bottom edge of mATX server boards which typically have many cable connections and jumpers.

Just to give an overall view of what the case looks like with the SAS Expander infrastructure installed alongside the independently powered CPU and motherboard here is a picture of the entire setup.

I routed the PicoPSU 150XT wire to the external power supply through an unused LAN port slot. Overall cable management is quite challenging because the 24 pin ATX power cable needs to cross the entire enclosure. Also, there are cables for 22 drives, fans, fan controllers, and two power supplies so spending a few minutes to tidy everything up is worth it once you have done a test fitting. Here’s a quick picture of the PicoPSU peaking through the unused LAN cutout:

Not an elaborate setup, however it does work because the PicoPSU takes up very little space.

I am sure some readers will be confused why I do not just connect the drives to the server board installed inside the same 4U. The simple reason is that the drives are being used by a server in a second chassis. The Supermicro X8SIL-F was only installed because I wanted to utilize otherwise wasted space. One could easily build one of these DAS enclosures only with a HP SAS Expander and PICMG board not bothering with the secondary mATX server.

This DIY solution is a significant improvement over the original design. I was able to reclaim otherwise underutilized space using a modified PICMG board. Since it does require modifying a more expensive (I paid just over $55 US) piece of PCB versus the original low-cost and off-the-shelf mATX power board solution (less than $35 US), this is not going to be for everyone. On the other hand, I would offer that if someone is using a second 4U chassis (and therefore over 20 drives) for DAS storage, there is a good chance they will have use for a secondary server.

Feel free to discuss this topic on the ServeTheHome.com forums! 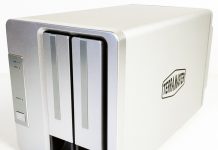