Most people who build custom home servers will be able to articulate the cost per GB (cost/GB) of their drives. Yet this is a somewhat outdated metric. The major cost consideration that a lot of people overlook is port costs. Simply put, this is the cost to connect a hard drive to the system. For normal computer users this is often in the sub-$5 per port since they have open SATA connectors on their motherboards and open spots in their case making the cost of adding a drive the cost of a SATA cable. Home servers are a different story all together. A quick audit of the Big WHS showed that my port costs were approximately $46/ port. Compared to the $70 going price of a 1TB drive, this can be a huge portion of costs and is certainly appropriate to add to the cost/GB  equation.

To calculate port costs, I used a simple equation:

To give two examples:

Of course, and important factor here is how full your server is. If you build a server such as The Big WHS and only populate it with ten drives, you end up spending $1020 in sunk port costs for ten drives or $102/ drive! This is more expensive than most 1TB and 1.5TB drives when they are on sale today!

To be clear, these costs are not all-inclusive. One could ascribe the need for a larger power supply, and additional PCIe ports to the above and get a closer approximation of port costs, however that involves incremental cost determinations, and frankly, it is a lot of work for in all likelihood allocating $40 or less of costs.

A few considerations are worth mentioning here. First, it is very common to have six SATA ports on a motherboard, so if one did not use raid and used Windows Home Server drive extender/ duplication instead the effective port cost would be under $5/ port for SATA cables and the like. Some boards could support the 8x 1.5TB drives, and very few the 12x 1TB drives. Second, using a static raw capacity (12TiB in our case) of storage strongly favors smaller drives in the cost/ usable GB category. The quick reason here is that using raid 6 the 12x 1TB drives would yield 10TiB raw usable raid 6 capacity, the 8x 1.5TB drives would yield 9TiB raw usable capacity while the 2TB drives would only yield 8TiB raw usable raid 6 capacity. So the equation gets to be a bit more complex. I will write up something on that soon.

WHS is Dead: Taking a Look at Why the Product “Failed” 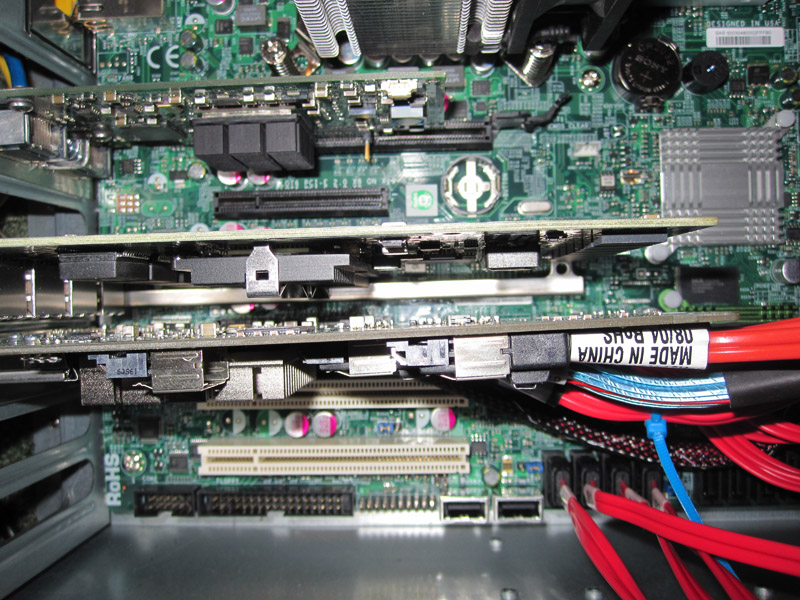 Map a Network Drive to a WHS Shared Folder in Windows