At STH, we have used pfSense at various occasions for years. If you are looking for an open source VPN gateway, firewall, security, caching appliance this is the go-to distribution. Like many security appliances, pfSense has its roots in FreeBSD. FreeBSD has some absolutely great features. One that FreeBSD is not well known for hardware support on par with Linux. One example of this is that FreeBSD and ARM has come a long way, but we think Linux on ARM is more mature. With pfSense 2.4-RELEASE, Netgate, the company behind pfSense, has updated the project to FreeBSD 11 and brought official ARM support.

Earlier in 2017, we had a chance to try the Netgate SG-1000. It is an extraordinarily compact ARM platform where you can count power consumption (in watts) on a single hand with fingers left over.

By forging ahead with ARM support, Netgate is able to bring pfSense firewalls based on low power ARM SoCs to market. the SG-1000 is an awesome device if you simply need a portable OpenVPN appliance or need to tuck one away in a lab or attached to a colo’d server for secure IPMI access. As much as we liked the Mikrotik hEX RB750Gr3 we kept going back to the SG-1000. ARM support is a big deal, even if it is on a limited set of devices for now.

As an open source project, we suggest setting up a test machine and just trying the new version out. Our readers like summaries of changes so here is a list we got from the pfSense team:

Additional benefits of FreeBSD 11.0 and 11.1 include:Security enhancements such as address space guards to address Stack Clash

Now if we could only get upgrades without reboots!

If you want more information, head over to the pfSense page. We will be stepping up coverage now that this new major version has been released. 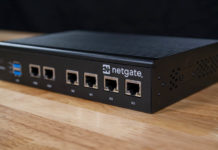 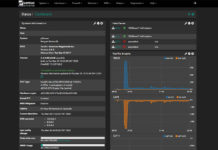