At NVIDIA’s European GTC 2016 the company announced a new ARM based SoC for automotive applications. NVIDIA has been successful in the automotive space, powering screens such as those found on the Tesla Model S. The company sees a much bigger market as the automotive industry pushes for autonomous driving. By combining a multi-core ARM compute, its next generation Volta GPU cores, a 8K HDR vision processor and I/O all into one SoC the company expects that auto manufacturers will be able to replace its current generation DRIVE PX 2 platform with a single NVIDIA Xavier SoC that runs under 20w.

Here is a diagram of the NVIDIA Xavier SoC. As one can see, the 20w package based on a 16nm FinFET process puts an emphasis on NVIDIA’s visual compute IP and relatively little space dedicated to the 8 ARM cores. NVIDIA sees the automotive industry as a major market opportunity and one where its investments in AI will pay dividends.

The bottom line is this, the hardware constraints around having autonomous or self-driving cars are rapidly vanishing. With a single package and a relatively low power draw, the NVIDIA Xavier is going to help car manufacturers bring these vehicles to market. There is still much work to do in terms of the software. NVIDIA both has its own team dedicated to autonomous vehicles as well as a small fleet of test cars that it shared at GTC 2016 in Santa Clara. How much of this is really “artificial intelligence” at the in-car level is up for debate but that is NVIDIA’s current keyword. At the end of the day, autonomous vehicles will require orders of magnitude more compute power than we saw in 2010 vintage cars. The need to react with low latency for safety reasons does require in vehicle decision making so this is a segment of the market we expect will grow rapidly over the next 5 years. 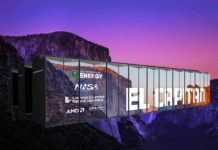