The new Microsemi SmartROC 3100 and SmartIOC 2100 chips are set to bring more performance and higher efficiency to storage arrays. The new controllers offer more ports and more performance than their previous-generation counterparts.

Here are the 12 controller SKUs on the product matrix. You can see the major differentiations are in terms of port count, RAID or HBA, and encryption support.

The SmartROC 3100 series supports DDR4 DRAM for cache. We asked the company and details in terms of shipping HBAs are still under wraps. We were told that the controller silicon will support 4GB onboard RAM. 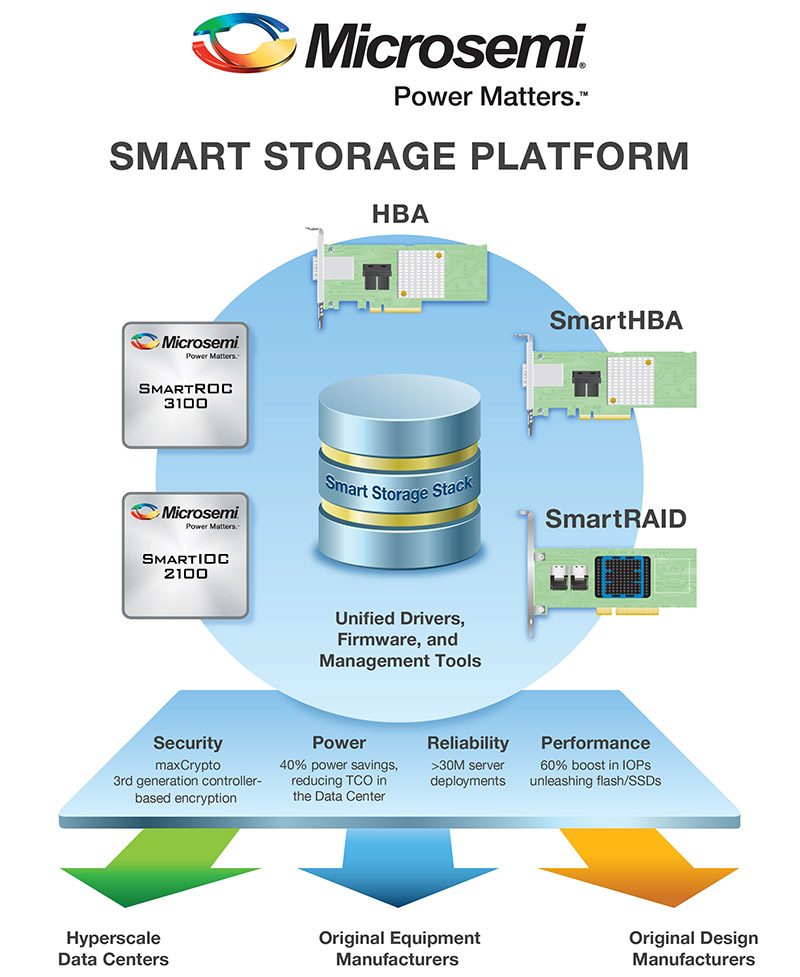 For those looking to buy a Microsemi SmartROC 3100 or SmartIOC 2100 controller, the company told us it may be a few more months until products are announced and shipping. We will have more about the shipping RAID controllers and HBAs as they are released.