In early 2013 we changed from a Windows test environment over to Linux. One of the driving factors was the ability to use freely available benchmarks to get a relative idea regarding performance. The official server benchmarking script, STHbench.sh is a tool we use to rapidly run a few common tests. The script has three simple commands, noted below, to run and utilizes all freely available benchmarks. Furthermore, it utilizes a simple Ubuntu Server installation (12.04 LTS or newer) as a base operating system. This ensures that anyone can run the script on virtually any machine.

Currently the tests being run are:

Using the script you can now run the same set of benchmarks we run on STH on your own servers in a very simple manner. There is certainly more in development for the scripts.

Other than Ubuntu 12.04 LTS or newer, the script requires an active network setup with Internet access. This is so that the server can “wget” the benchmarking script. It is executed with only three simple commands:

All output is sent to a single log-file for easy viewing after the fact.

We do not leave good enough alone at STH. That is what spawns projects like the Mini Cluster in a Box V2. We have heard the desire for additional processor benchmarks as well as benchmarks for additional applications such as memcached, redis, nginx, ffmpeg and others. We also now have a development branch that includes a few key updates:

More is being added over time until we get to a new master version. We are also working on getting the text automatically parsed and uploaded into a results viewer. Surely, more to come on this.

Again, head over to the STH forums and try out the STHbench.sh server benchmark script. You can find the current development version there also. If you do have ideas for test to run, feel free to add the commands in that thread. 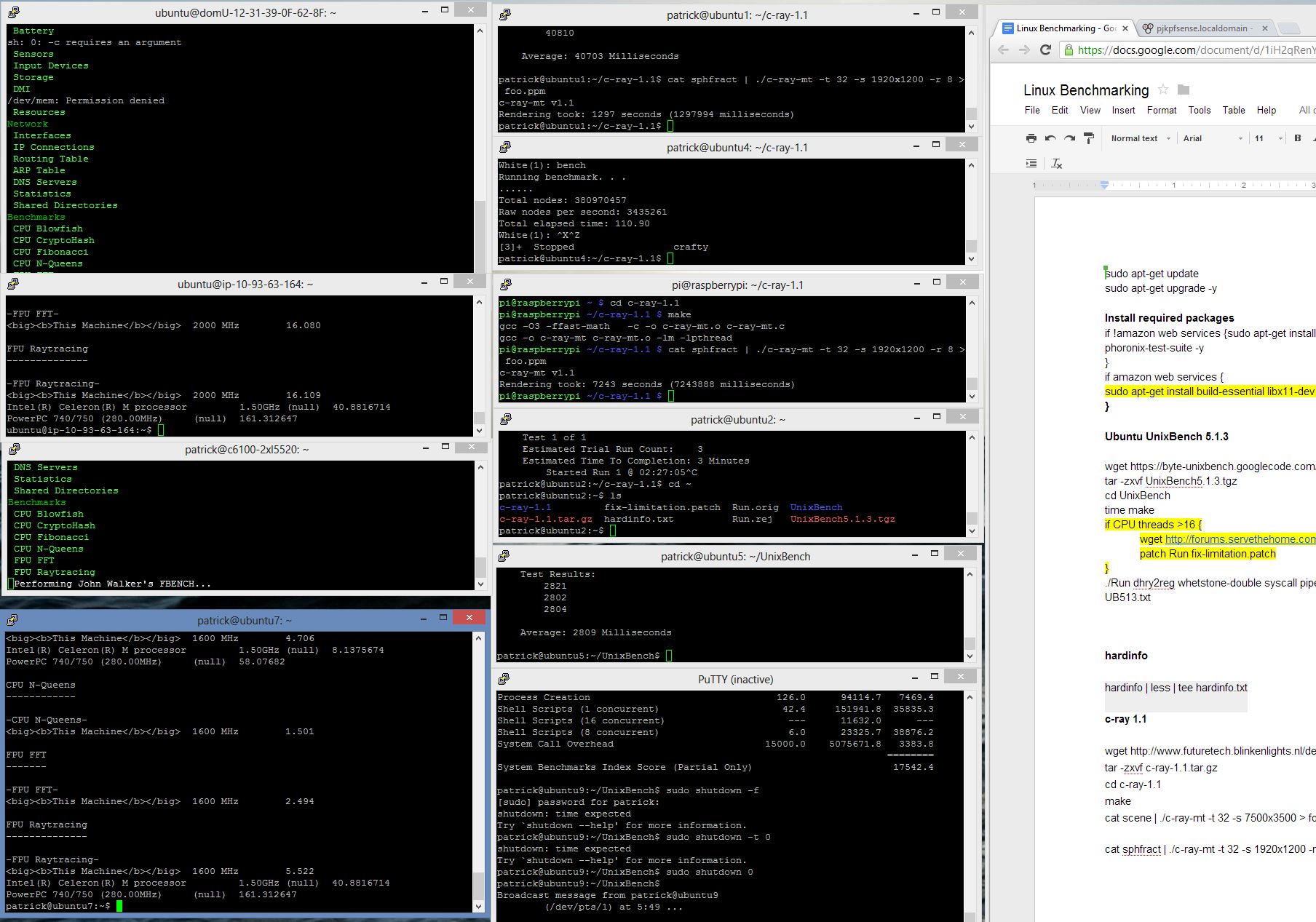