Again, with Cougar Point’s current “bugged” nature, it is difficult to find a compatible motherboard at the moment, but those are in the works. Furthermore, using existing 6.0gbps ports one can totally avoid the bug until replacement boards arrive.

For this piece, I am using both the ASUS P8H67-M EVO (H67 mATX form factor) again. Expect overclocking results, with an ASUS P8P67 Pro and the i5-2500K in the near future. Again for reference here are the main chip set differences:

The configuration being used will be:

One word of warning, I would again STRONGLY advise against getting an unlocked multiplier CPU (denoted as a “K” series CPU in the model number) for the H67 platform. You cannot utilized the unlocked multiplier with the H67 chipset. One does get the benefit of the GMA 3000 graphics, but contrary to what one may assume given glowing reviews elsewhere (at low resolutions), the GMA 3000 is not a satisfying gaming GPU and the GMA 2000 is competent for a HTPC. Overclocking wise, and a bit of a teaser, the K series Sandy Bridge CPUs are very overclockable!

Also, the chip set bug in the currently shipping H67 and P67 Cougar Point motherboards can render the four onboard SATA 3.0gbps ports unusable. Most motherboard manufacturers have replacement programs so for some users, this may present a near term adoption issue.

The Qualitative take on the Intel Core i5-2500K

Intel, unlike AMD, is not biased towards providing ECC support on consumer platforms.  Of course, in short order Intel will be launching the Xeon parts, and C200 series chip sets that will have ECC support enabled for a price premium over the desktop counterparts. This part of Intel’s segmentation strategy is successful in the x86 space, but users that demand ECC are limited by the lack of support from Intel in the desktop space.

One important thing to note is that the Intel Core i5-2500K, like the i7-2600K does NOT support Intel VT-d, but it does support VT-x. Although one may be relatively safe in the assumption that the desktop uses for VT-d are limited (since this is primarily for passing through add-in cards to virtual machines) it turns out the non-“K” variants of the Sandy Bridge desktop line do in fact support VT-d. I have noticed that all of the Sandy Bridge boards I have seen thus far do not have VT-x virtualization technologies (in this case VT-x) enabled by default in the EFI BIOS. This is a simple change of a setting that will enable the virtualization support most users need. Again here is the feature break-down:

The AES-NI inclusion is a great feature for those that utilize compatible encryption on their storage. One example would be Oracle Solaris Express 11 where the included ZFS v31 can utilize Intel’s AES-NI accelerator. I was fairly surprised that Intel Trusted Execution Technology (TXT) was left out of the flagship Core i7 part along with the K series i5 part, the i5-2500K, but TXT and VT-d are fairly closely related so this makes sense.

Finally, the H.264 encoding engine which is a big feature of the new Sandy Bridge CPUs is great… provided you shell out $40 for an application that can use Intel Quick Sync, and you use a H67 motherboard. I will not be using this for the performance numbers since there are plenty of reviews that show it adds 40% or more to encoding speeds. For most users, purchasing something like an i5-2400 for H.264 encoding makes a lot of sense because it is no longer clock speed bound. Personally, I prefer the image quality of the CPU path over the Quick Sync image, but a lot of people may disagree here. As a bonus, the Core i5-2400 supports VT-d making it better for an ESXi or Xen installation once Sandy Bridge is fully supported.

Given it is 2011, I have done a slight tweak to the x264 test from 2010. First, Handbrake 0.9.5 was released, so I will be switching to the new version for future reviews. Also, since DVD quality video is not as exciting as it once was, with 200+ FPS encoding performance of today’s chips, I decided to change the test over to 1080p source video to iPhone 4 presets in Handbrake. Other than that, the WEI component will remain.

This is a quick Windows 7 benchmark that allows a user to get a decent gauge of how fast a CPU is from the built-in benchmarking functionality. It should be noted that WEI is not linear in scoring so the difference between a 3.0 and a 4.0 is not equivalent to a 6.5 to 7.5 jump. Two notes here. First, the CPU score is nothing to balk at. Even at stock clocks the Core i7-2500K is really fast… actually yielding the same WEI score as the i7-2600K. It seems like the near identical clock speed is more important than 2MB less L2 cache and a lack of hyper-threading.

Again, let me just say that the integrated GPU and the Core i5-2500K is plenty for movie playback. What it is not is a viable gaming platform. Despite the game benchmarks found on other sites, the gaming experience is more akin to a circa 2000 gaming console (that cannot maintain 30+ fps on many modern games let alone 60fps). Moving detail way down, reducing resolution to sub-native for most modern LCD’s with 1920×1080 or better being “standard”, overclocking the GPU on the H67 chip set and lowering expectations and in the vast majority of games would probably still leave many users less than excited. Bottom line, for general computing the i5-2500K is awesome. For basic media player capabilities it is also great. For other applications, it is less than impressive.

As one can see, the Core i5-2500K is a great value for this type of encoding. Handbrake is known to be less than responsive to Hyper-Threading so it is little surprise that the i5-2500K and the i7-2600K are very close, and much better than many previous generation CPUs. Also, for the sub-$230 street price of the Intel Core i5-2500K it is really competitive in the high-performance segment. On the other hand, for $150 less one can purchase a quad core Athlon II X4 which is undoubtedly much slower, but also much cheaper. What I would say at this point is that if one can afford the $150 price bump, the i5-2500K is a strong contender… and even more so if one overclocks the chip on a P67 system. Frankly, unless there is a need for the bigger CPU L3 cache and hyper-threading, the Core i5-2500K is a prudent choice over the Core i7-2600K

For those still on LGA 775 platforms or basic AM2 platforms with older Athlon II or Phenom I based CPUs, the i5-2500K does provide compelling performance improvements at this point alongside very low idle and overall platform power consumption.

With all of the ASUS motherboard’s power saving technologies like the EPU turned on and only a SSD installed, the max power consumption I saw from the platform was 122w from the i5-2500K which was the exact same as the i7-2600K. Like the Core i7-2600K, the Core i5-2500K can be powered by a PicoPSU 150XT if one uses a 150w power brick, not anything smaller.

It was interesting to see all three numbers line up exactly, but then again, the CPU is very similar, the same test bed was used for each system, and the Kill-A-Watt was the same unit. I would guess that one could probably find a way to set something up to get a 2w difference, but just watching the chips over a few weeks they seem to be very similar in power consumption. With power consumption very similar to Clarkdale and a bit better than Lynnfield and multiple generations better than the Core 2 Quads, the power and efficiency of the Sandy Bridge CPUs make re-using an old CPU a cheap short term, expensive long term solution.

The Intel Core i5-2500K is very similar in terms of performance and power consumption to the Core i7-2600K. Unless one is running applicaitons that require more than four cores, and that also work well with hyper-threading (Handbrake is an example that does not) the Core i5-2500K is a superior value to the Core i7-2600K. At over $100 less than the Core i7-2600K, most users would be just as well off with the Core i5-2500K except that they would have $100 to spend on other items for a HTPC or home server build. The two major issues with the Sandy Bridge platform right now are that one pays for having some of the fastest chips out there, and the Sandy Bridge chip set’s Cougar Point PCH is currently bugged to the point that Intel has recalled every board. This will change in the coming months making that point moot, as would running 1-2 SSDs in the Sandy Bridge system and having spindle drives on another controller or in a NAS system. One may wish to wait for the Z68 and Q67 consumer boards to come out for home servers or HTPC’s, which look like they will have some advantages, including the fixed chipset. Also waiting in the wings is the Intel C200 series chip sets awaiting the Sandy Bridge Xeon debut. From what I have been told, it will not be long until the Xeon platform rolls out, but the early C200 series chips were impacted by the bug.

As a personal aside, I will most likely be using my refund on the P67 and H67 boards and purchase a Z68 board or two when it comes out. Even if there are a few weeks of downtime while Sandy Bridge’s new chip set arrives, with all files on the NAS the MacBook Air and a Windows 7 Professional virtual machine on the home server will do the job for any bridge period. 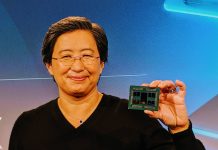 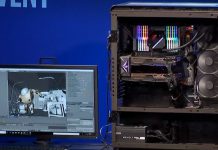