As many may have guessed given our news from Intel regarding the Intel Xeon Scalable family of CPUs, we are going to see a new generation of servers come out from major vendors over the coming quarters. Dell EMC is an even bigger heavyweight in this space combining two of the largest enterprise IT brands under one roof. Today we are able to share details of the next generation Dell PowerEdge server, the Dell EMC PowerEdge 14th generation server family.

We had a chance to discuss the new release with Dell EMC and will be covering more about the platform from Dell EMC World in Las Vegas this week. Along with a slew of new features, we are going to see something many data center ops folks love, new shiny bezels.

Dell EMC now sits inside Dell Technologies. The biggest impact of this is that the new company now has a much larger software portfolio than Dell did just a few years ago. This is clearly a nod to the fact that cloud segments are growing and Dell EMC needs to articulate where it falls in the continuum.

In our discussion with Dell EMC before this announcement, it is clear that the company is looking to fit its infrastructure into a hybrid cloud world.

Dell EMC sees servers as sitting in a cost segment below the public cloud, running applications on lower cost infrastructure while allowing organizations to manage security as they see fit.

The three pillars of the new Dell EMC PowerEdge 14th generation are a scalable business architecture, intelligent automation, and integrated security. If you look at these three pillars compared to a public cloud providers presentation, you will notice some similarities.

With the Dell EMC merger in 2016, Dell has a lot of momentum in the space. Combine this with HPE cleaving parts of itself and that has lead to a tie for Dell EMC as #1 in units sold for servers.

Dell is pushing the fact that it can address many different segments and form factors. This makes sense. You do not get to a #1 position in the market by missing major segments.

You may also have noticed that the new Dell EMC PowerEdge 14th generation server bezels are going to get the honeycomb treatment we have seen in other platforms such as the Isilon systems.

We were able to talk to Dell EMC about the new features found in the PowerEdge 14th generation. Here is the slide we discussed:

In-memory computing is going to take off over the next 24 months. There is an enormous market desire for housing larger workloads in-memory as well as being able to run transactional workloads in memory to improve performance. The NVDIMMs on the slide address the latter. Later in 2017, we expect to see Intel Optane DIMMs which will address the former.

Multi-vector cooling is a technology Dell is using to increase fan speeds to hot components such as GPUs in order to keep them cool and prevent performance sucking throttling.

From the perspective of someone who reviews servers from every major vendor, and who has done so for generations, one of the biggest differentiation points for servers today is in terms of software. Here Dell EMC is focusing on increasing mobile-friendly management of servers, and has new features for managing 1-100 servers that we will highlight in a new piece. In the data centers STH uses, we see an explosion of ops teams using mobile devices to work, and we expect that trend to continue.

Although we cannot talk about the hardware inside the servers just yet, we do see the Dell EMC PowerEdge 14th generation as being a major improvement for organizations still on 12th generation servers. When these platforms are released in the marketplace, we expect organizations to see major benefits from server consolidation on the new platforms. 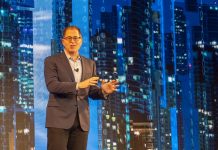 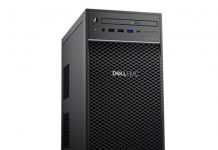 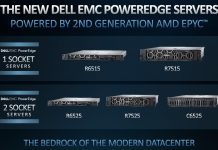