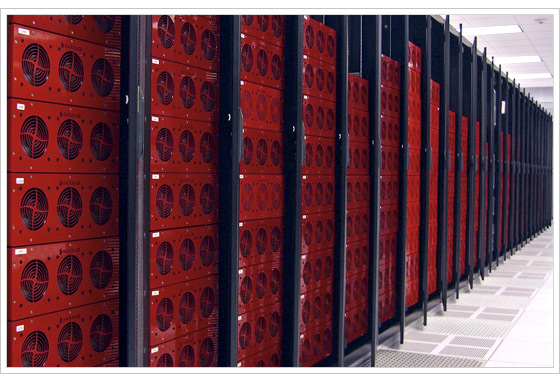 At STH, we have been following the Backblaze project for years. The newest update has a few new design features and more storage in its 4U form factor. Here is a link to the Backblaze v3 blog post. Backblaze is a popular online backup service which promises unlimited backup for only $5/mo. The company generated a lot of attention for their novel storage solution by cramming a 45-disk server into a custom 4U chassis. We covered the Backblaze storage pod v2 which promised 135TB in 4U for around $8,000, a far cry from what traditional storage vendors charge. The layout of the Backblaze pod traditionally has been similar to that of the venerable Sun X4500 “Thumper” platform with top loading hot swap drives. With the new v3 chassis, the Backblaze storage pod has seen some key changes.

Tim from Backblaze has this video going over some of the changes of the new platform.

Probably the biggest change is that there is a new vibration dampening mechanism that works on each of the three rows of drives. This apparently saves the company lots of time in assembly over trying to dampen each drive individually.

From Backblaze around their V3 drive vibration:

Over the past several months we have tested different models of drives in the new drive bay assemblies and we have seen a dramatic improvement in overall system performance along with lower drive failure rates.

For those that are unaware of why vibration is a big deal in dense storage systems, here is probably the most well known video on the subject:

This is certainly a consideration given the drive density these guys are pushing while including a full server in each chassis.

With the Backblaze storage pod V3, the company went with an Intel Core i3-2100 with a Supermicro X9SCL-F and 8GB of DDR3. It is well known that Backblaze optimizes its storage platforms for low cost capacity over performance. I was a bit surprised, given current pricing that the V3 storage pods to not use a Core i3-3220 and Supermicro X9SCL+-F. The company says it likes to standardize so it seems like the extra $20 or so for the + version with the second Intel 82574L NIC would make sense. Maybe for the next version the company will move to 22nm but keeping things stable is likely a #1 concern.

All told the Backblaze V3 pod can now hold 180TB using 45x 4TB 3.5″ SATA drives. That is a very impressive figure, especially since the total cost is under $11,000. For those wondering, a somewhat less exotic version would be using a Supermicro CSE-847E26-RJBOD1 45 drive JBOD Expander chassis which does not have an integrated server and hooking several up to a 1U or 2U server to minimize space. A Dell C6100 for example could connect 16 chassis (4 per node) in a 2U form factor while still having 8x 10GbE or 40gbps Infiniband ports. One interesting note, with 2x gigabit links externally (figure 125MB/s each maximum) it would take around 200 hours to read all 180TB of data. Luckily, Backblaze does operate a farm of more than 450 of their storage pods so they are able to moderate requests on each pod. Very cool stuff!