For Windows and Mac users head over to the ASUSTOR Control Center download page and install the app.

ASUSTOR Control Center finds our AS6508T and notes it is Uninitialized. Click the Red box to get started.

Initializing the AS6508T is rather straightforward like we see with many NAS modern NAS units.

The setup of the AS6508T is now complete, and we can move on to looking at managing the AS6508T.

We will show a few screens that highlight the ASUSTOR Lockerstor 8 AS6508T 8-Bay 10GbE NAS.

As with many devices in this class, one can utilize a number of apps that are easy to install through the GUI. One can also see features such as docker-ce for those who want to run their own containers.

One of the features Asustor includes with the AS6508T is something we have not seen on other NASs, called MyArchive. MyArchive allows one to keep a bay open and not use it for the main volume and allow it to be used for cold storage or transferring data between other Asustor NASs. Some other NAS units allow you to effectively do something similar, however, this makes a lot of sense as an explicit feature.

MyArchive is an incredibly useful feature. One can move data into cold storage and create libraries of HDDs or even send an HDD off to another location or client to transfer large amounts of data in one go. For those who like to accumulate large amounts of video, one can store them away on a MyArchive HDD and simply insert the HDD back to access the video again. If one thinks of applications such as on-location shoots or even a utility that is using drone footage for power/ pipeline inspection, having the ability to keep a copy safe while making another transportable, possibly faster than the local WAN connection can offer, is a killer app.

Next, let us take a quick look at the ASUSTOR Lockerstor 8 AS6508T 8-Bay 10GbE NAS specifications and continue with testing. 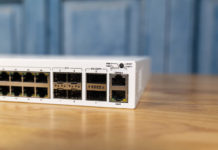 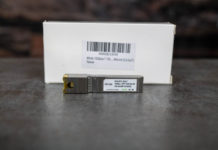