The ASRock Rack X470D4U is a mATX platform that sports a socket AM4 along with the AMD X470 chipset. This allows the motherboard to support first, second, and third generation Ryzen parts according to the company. Four DIMM slots provide up to 64GB DDR4 support using 4x 16GB DIMMs and the company says it will support ECC UDIMMs on the platform.

A big differentiator is the Aspeed AST2500 BMC which provides IPMI and out-of-band management capabilities to the platform via a third (Realtek) NIC.

Here one loses the PCIe Gen3 x4 slot but gains dual 10GbE networking via two RJ45 ports and an Intel X557 NIC. We were told there is a BOM option for adding two 1GbE NICs as well for a total of four data ports.

To go along with the two motherboards, the company showed off the ASRock Rack 1U2LW-X470 server. This 1U platform is a cost-optimized solution that uses the ASRock Rack X470D4U from above.

The ASRock Rack 1U2LW-X470 uses one of the company’s cost-optimized chassis that is designed for low-cost dedicated hosting nodes. We have seen this chassis power a few other ASRock Rack servers. If you read our ASRock Rack Intel Xeon E-2100 Motherboards Spotted piece, you will see the same chassis and layout used in the similar Intel Xeon E-2100 series platforms. This gives customers the ability to use both AMD and Intel in the same chassis with the same layout.

Why the AMD X470 Chipset

We asked why the AMD X470 chipset. We were told that the new AMD X570 uses enough additional power that in these server platforms it would have likely needed to have an active cooler. The AMD X470 is a cooler chipset.

For those hoping for a 500 series AMD chipset, it seems you are out of luck for now. Our sense is that if ASRock Rack sees success with this platform, and AMD comes out with a lower-power chipset like a B550 or similar, then we may see an updated motherboard. Until then, if you want a Ryzen-based server, this is the top option out there.

That is, of course, unless you wanted Ryzen Threadripper servers.

For those who want to be able to scale up to 32 cores, at higher frequencies, and do not need key features such as RDIMM support from AMD EPYC, the ASRock Rack X399D8A-2T is the ATX size AMD Ryzen Threadripper server motherboard answer.

On the ASRock Rack X399D8A-2T, one can find a full 8 DIMM slots for quad channel memory. Using 8x 16GB DDR4 DIMMs one can get up to 128GB of RAM and the company says it will support ECC UDIMMs. PCIe expansion is listed as:

In addition, there are two PCIe Gen3 x4 slots with one supporting SATA. Networking is provided via two RJ45 ports with 10GbE from an Intel X550 NIC. The key feature here is the Aspeed AST2500 BMC for IPMI and out-of-band management.

These are interesting platforms. The ASRock Rack X470D4U motherboards supporting AMD Ryzen chips add a new dimension. As we found out, the Intel Xeon E-2200 8-core refresh this week was only for workstations and the Intel Xeon E-2200 will re-launching for servers in August 2019. If ASRock Rack gets its X470 motherboards in the market it will enjoy higher core counts than Intel parts using the second generation Ryzen in the short term. It will even have 50% more cores than the Intel Xeon E-2288G when it is launched in about three months with the Ryzen 9 3900X. That is a big deal.

For markets with Intel CPU shortages, having an AMD Ryzen alternative helps tremendously as well.

On the AMD Ryzen Threadripper side, the ASRock Rack X399D8A-2T immediately struck me at a personal level. As my Threadripper workstation ages, I looked at the ASRock Rack X399D8A-2T and thought “there is a way to get my Threadripper CPU into a server later.” If you simply want a high core count and high-frequency CPU, at sub $850 these days, the AMD Ryzen Threadripper 2950X costs about half of an AMD EPYC 7371. Not everyone needs the extra RAM capacity and PCIe lanes, especially in ATX, and the two NUMA node design is better.

Time will tell if these are successful products, but they are surely unique and products we are interested to see if they gain traction in the market. 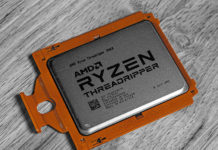