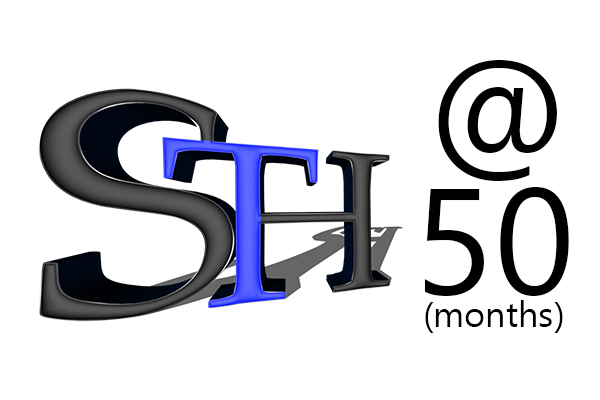 Today is ServeTheHome’s 50th birthday. On the 8th of June, 2009 the site’s first post went live. Actually, on that day we posted three articles mainly focusing on performance of Adaptec and Dell RAID controllers with Seagate 7200.11 and Savvio 15k.1 drives.  Over the past few years we have expanded greatly from the simple blog about building home storage servers to a resource visited by thousands of individuals each day. While I posted the initial posts (for over a year), we now have several contributors spanning four continents. That has helped us deliver more posts in a month than we did in the first five months of the site. More importantly, what started as a personal blog has turned into an active community of enthusiasts.

Staying close to the site’s roots growing over time

One thing we will be investigating more frequently is home automation hardware, software and systems. This was a suggestion found recently on the forums. We just launched a formal home automation section and added the Yale Real Living Touchscreen deadbolt review. In terms of a home focus, STH has strayed quite far into from the namesake. Our normally awesome server reviews will still be a part of the site. We are exploring adding some additional functionality to the server review section which is still in an early stage but is very exciting.

Here’s a quote from the very first post on STH:

As multiple personal computing devices become more prevalent in people’s homes, the need for home servers likewise increases. Today’s home users capture multitudes of digital files such as pictures, videos, music files, as well as traditional office format files. Simply put, home users now have the power to collect multitudes of data, and have a need to share this data throughout the home, as well as outside the home when they are connected via mobile devices.

50 months later, mobile computing has exploded along with the number of devices individuals use on a daily basis. Televisions now have the ability to stream media either onboard or using a $35 Chromecast device. Still the trend seen 50 months ago is still alive and well. Looking forward to the next wave of technology, automating environments will be a key driver and STH is starting to cover the market.

One of the major article types STH started in the last year has been our deals. One example is on the inexpensive and high quality Supermicro 4U 24-bay server chassis deals we highlighted this week. These do not happen often, and unlike the coupon sites, we only have the best deals on IT equipment we can find. For those not familiar, the forum community commonly posts great deals. The forums do help home users play with server and networking components that they could normally not afford. For example, we now have posts such as how to fill the 8 socket LGA1366 2U server inexpensively thread. Overall, great contributions in this area especially as I am someone always looking for the next deal on used technology to learn in the lab.

Join the community on the STH forums and get involved. Even if that is just to post an article suggestion or thoughts on this post. We thrive on feedback.