Hitachi (HGST) has been faring very well in the SAS SSD space for some time now with major design wins at OEMs such as HP. Our sample drive was labeled as a sTec drive since it was produced just weeks before the HGST/ WD acquisition.  The sTec/ HGST s480 400GB drive we are benchmarking today was purchased for $0.55/GB (see our SAS SSD Buyer’s Guide) in line with others we have tested over the past few months. Overall the drive is a 6.0gbps SAS 2 drive and has features such as a dual ported controller for HA applications. The drive has a 400GB capacity and uses MLC NAND which is rated for over 7PB of writes (10 full disk writes per day for five years.) The rated 4K random IOPS are 80,000 read, 12,000 write so this drive should be tuned for read performance. We now have a fairly healthy set of results from datacenter SSDs at this point which is great for comparing drives.

One major note: we have been testing drives using a single-port configuration. That has little impact on some drives (e.g. the Toshiba PX02SMF series) but has significant impacts on some drives like the Seagate 1200.

For our quick tests during this part of the series we will just provide the quick benchmarks with only a bit of commentary. The results should be fairly straightforward and the index of previous articles in this series (linked above) is a good resource to compare against. We are also adding the results for a few other 400GB SAS offerings for comparison purposes

The sTec / HGST s480 400GB drive actually leads our read/ write 4K test results in AS SSD. The higher queue depth 4K read/ writes the s480 is in the upper middle of the pack. On the sequential reads/ writes it is in the bottom half of our comparison drives. Granted, many of the comparison drives are much newer so the fact that the s480 is highly competitive is impressive.

Again we see the sTec/ HGST s480 400GB drive is a solid performer in the 4K read/ write results. In other tests we see similar patterns emerging compared to the AS SSD benchmarks. It should be noted, that the SLC based SanDisk lb406s is significantly slower in most tests.

On the ATTO read tests we see the 12gbps Toshiba PX02SMF040 put up crazy figures. The sTec/ HGST drive starts to shine around the 16k mark and then pulls ahead of other drives (save the Toshiba.)

On the write side of the equation, the s480 performs its best in the very small transfer size segment. By larger writes, we see it fall behind many of the other drives. From the 512k to 8192k transfer sizes the older s480 actually outperforms the 12gbps PX02SMF040.

In our quick benchmarks we are seeing some very nice results from the sTec / HGST s840 400GB SAS SSD. Given the drives’ high write endurance, they are still solid offerings. When looking at SAS SSDs there is certainly performance tuning occurring towards different workloads. 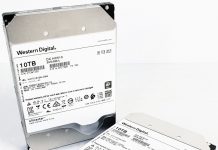 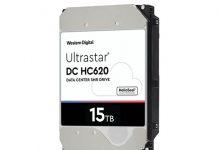 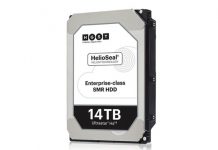