Our SilverStone CS280 NAS with FreeNAS can be set up to run in several different configurations, Stripped (RAID 0), Mirror (RAID 1), and RAID-Z (RAID 5) and even RAID-Z2 (RAID 6) and RAID 10. For our testing, we built the SilverStone CS280 NAS with a few RAID types available for a typical four drive NAS. We can then compare the data to some of the other NAS units we have tested. We are going to use the typical parity RAID names e.g. RAID 5 for RAID-Z as an example, just to make a comparison with our other reviews easier.

Here we see the results of our Stripped (RAID 0) tests, in this set, the SilverStone CS280 NAS easily takes the top performance results. If you look at the Photo Album test, it is the clear winner.

In our RAID-Z (RAID 5) tests which would be the most common RAID type used we find the CS280 NAS performs as expected with results keeping up with top-end 4-Bay NAS.

RAID-Z2 (RAID 6) is another common RAID type for 4-bay NAS units and our results match close to RAID 5 results.

Let us continue on with Encrypted benchmarks.

We also ran Encrypted benchmarks on our CS280 NAS on each RAID type with encrypted pools. 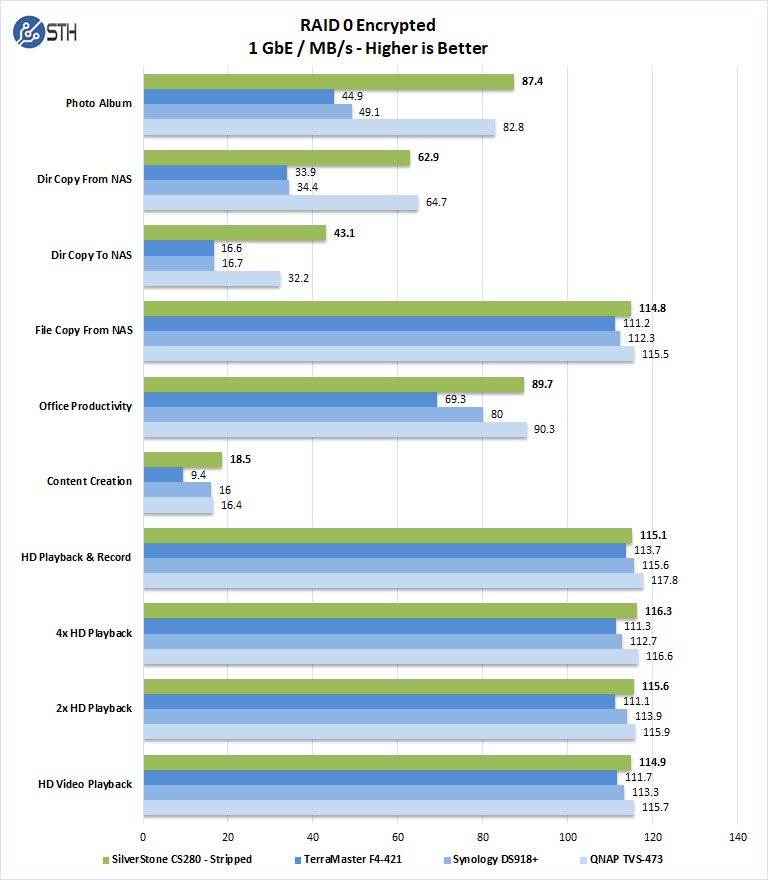 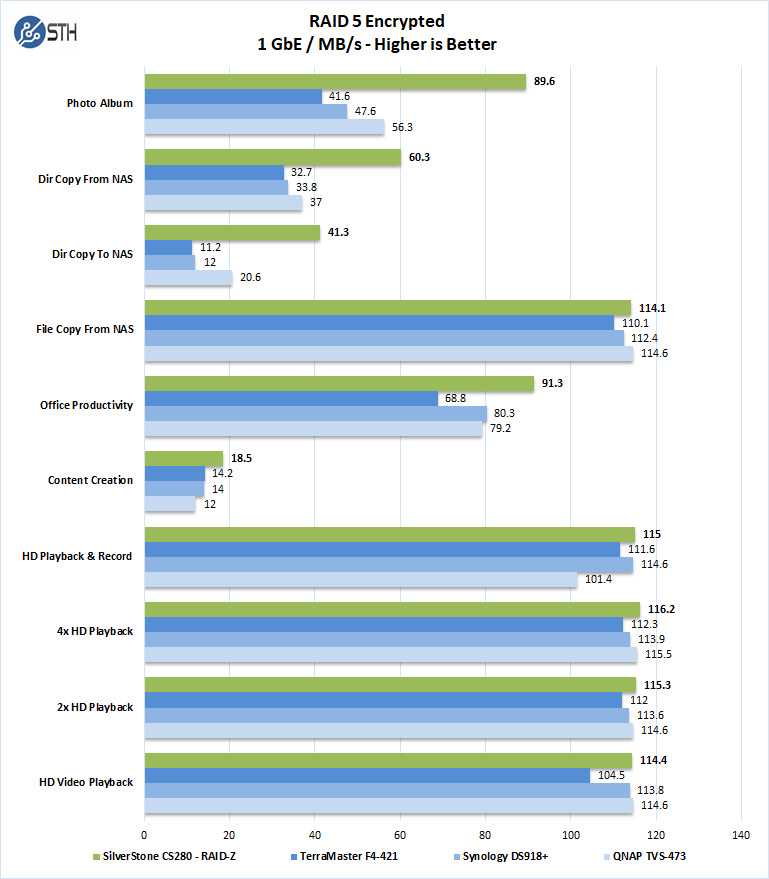 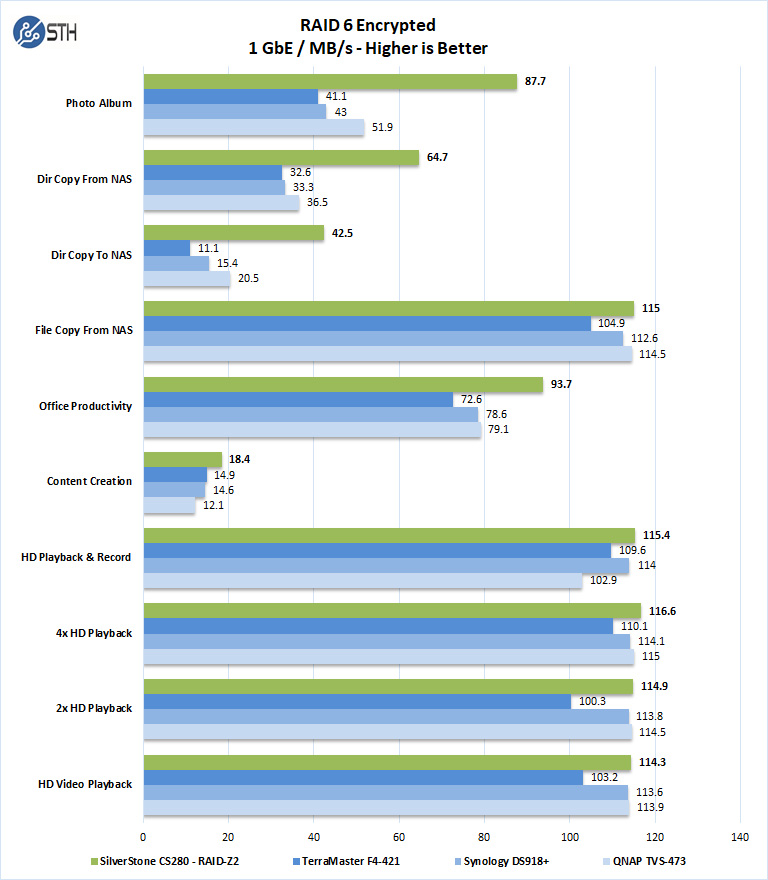 The CS280 NAS handles encryption rather well, the results match up to non-encrypted results which shows the Intel Xeon Gold 6134 crunches through encryption with ease. If you look at the first three results on the last chart, one can see that having a fast 8-core CPU is a massive improvement.

Let us next take a look at the power usage and finish with our conclusion.