Red Hat has been heavily involved in the Meltdown and Spectre patch efforts. It also has its initial patches ready well before the originally planned disclosure date of January 9, 2018. Red Hat is also in the unique position that it has the most robust set of open source OS enterprise customers. Those same customers are clamoring for information regarding the performance impacts of the Meltdown and Spectre series of patches.

To classify performance impacts of its Meltdown and Spectre patches, Red Hat introduced four basic categories of applications after it tested on Haswell, Broadwell, and Skylake generation servers. Here are the four buckets:

Overall, Red Hat tells RHEL customers to expect 1-20% performance impact. The testing was done on RHEL 7 but 6 and 5 should be similar.

The OLTP benchmarks are certainly an area we have seen significant performance impacts in. If you have a database server that spikes above 65% utilization, it is worth looking at whether that server is going to be sufficient post-patches. As previously stated, STH will be providing updated benchmarks as the patches for these vulnerabilities mature. These are not two simple patches but rather a significant series of patches that matter.

Finally, if you are running databases in AWS, GCP, or Azure instances or have databases in VMs, VPS or shared hosting instances, we do suggest looking at your CPU monitoring data. Likewise, these vulnerabilities impact containers (e.g. Dockerized MySQL) as well. For simple web apps, this is not going to be a major impact. On the other hand, if you are running with a smaller resource pool, such as in a NVMe backed VPS or VM, you are going to want to monitor these patches closely. 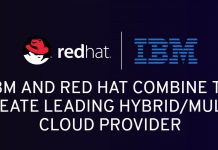 IBM Gobbles up Red Hat for $34B Implications and Possibilities Abound 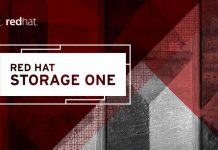