SPECworkstation benchmark is an excellent benchmark to test systems using workstation-type workloads. In this test, we only ran the Storage component, which is fifteen separate tests.

SPECworkstation performance for the PNY CS2130 1TB can be described as acceptable, though certainly not impressive. While a relatively good score for Product Development places the drive somewhat close to the middle of the pack, the other subtests are generally not as forgiving and would have the PNY drive placing a bit lower.

This is not necessarily a benchmark, so much as trying to catch the post-cache write speed of the drive. While I am filling the drive with data to the 85% mark with 10 simultaneous write threads, I monitor the drive for the write performance to dip to the lowest steady point and grab a screenshot.

This is a new section to my reviews, and something I plan to track from now on. Since I have not been gathering this data up until recently, I do not have historical data from my other reviews. Once I do I will start including comparison graphs.

Coming in at a sustained post-cache write speed of around 100 MB/s, the PNY CS2130 1TB has a worst-case write performance lower than a modern mechanical 5400 RPM hard drive. Also, keep in mind, this measurement is taken when the drive is brand new or recently TRIMmed; performance could potentially be worse if the drive is overly full or TRIM has not been run recently.

The WD Blue SN550 1TB has more conservative rated read speeds and very similar write rated write speeds, and that is mostly borne out in our comparison. In most of the read benchmarks, the PNY CS2130 1TB manages to keep an edge, while the WD Blue SN550 1TB tends to win in the write benchmarks.

We monitored the idle and maximum temperature during testing with HWMonitor to get some idea of the thermal performance and requirements of the drive. Please keep in mind that our test bench is an open frame chassis in a 22C room, but with no direct airflow. As a result, this is not representative of a cramped low airflow case and is instead intended to model temperatures of a drive ‘on its own’.

Again, we are mostly looking for the absence of runaway thermals here during our testing rather than comparing drives to each other.

The PNY CS2130 1TB is $110 on Amazon, which puts it in direct competition with the ADATA SX8200 Pro 1TB and the WD Blue SN550 1TB. In terms of performance compared to those drives the CS2130 is a mixed bag, but the write performance can be downright catastrophic as ATTO has shown. 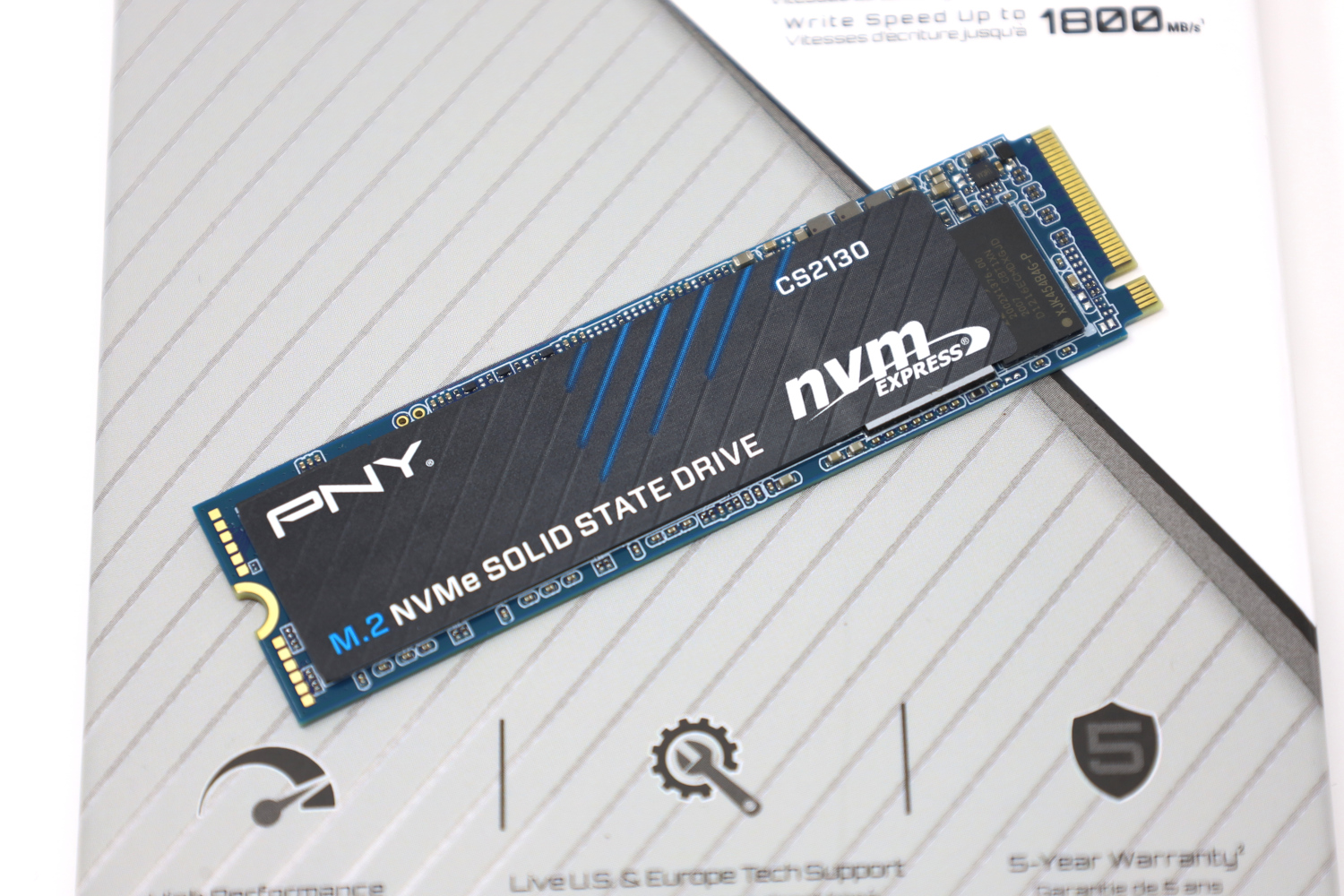 Also not going in the positive column for the PNY CS2130 is PNY’s lack of transparency on this drive. Not quoting endurance on a SSD is simply unacceptable, especially in a drive marketed with a 5-year warranty. Not disclosing the type of NAND is slightly more common in the industry, but is still something SSD buyers should be able to research.

Given the availability of price and performance competitors that put in better showings than the PNY CS2130 1TB, I cannot recommend the drive; there are simply better and more consistent drives available for the same amount of money. For read-heavy workloads, the drive is likely to be acceptable, but the poor write performance should be a red flag to many buyers since there are other drives available on the market.