Recently I found the MSI MS-S0221 over at MSI’s website by accident, these guys have been very quiet on the server/ workstation front. This particular Intel Xeon E5-2600 series or Xeon E5-1600 series single CPU motherboard looks a standard server motherboardboard but with good quality components which could make it an interesting motherboard if you can find one. There is nothing spectacular about this board except its very well provisioned for with SATA ports, as many as 14 of them. Two SATA III and the rest all 3.0gbps ports. 8 ports come from the PCH chipset SAS controller. Expansion ports use all the available 40 PCIe lanes the Intel Xeon E5-2600 or Intel Xeon E5-1600 CPU provides so possibly putting the PCIe x4 lanes in x8 slots would have made it a better upgrade option. The PCIe 3.0 x16 slot on far right is double spaced so no slot is wasted when a large dual-slot GPU is installed which is a nice touch. It comes in ATX format, so will fit the vast majority of boards with no issues, and is fairly rare in the Intel Xeon E5-2600 and Intel Xeon E5-1600 motherboard lineups we have seen thus far. It is nice to see MSI decided put dual Intel 82574L 1GbE LAN ports onboard, as these are very well supported gigabit NICs in Windows, Linux, VMware, Solaris, FreeBSD and etc.

All in all, a good motherboard for general use, it should do most things. This might make a good storage server that does not require SAS or hardware RAID onboard. Up to foruteen hard disk drivers can be connected directly to the motherboard. With two SSDs in RAID 0 attached to the SATA III 6.0gbps ports would yield a decent option for SSD caching or an OS/ application volume in addition to storage on the SATA II ports. One thing we would love to see is greater availability of these server boards. Right now the market is dominated by Intel, Supermicro, Tyan and ASUS with Gigabyte starting to make an entry into the server space. Here are the full specs below: 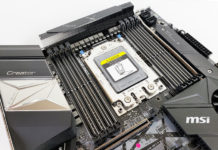 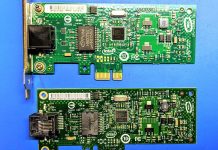