BootRacer is a free download for personal use and can tell you if your PC is booting slower over time or after you have installed apps.

The M90n Nano does boot very fast with a full boot time of 23 seconds, which is not bad, just slightly slower than some of our mobile workstations we have reviewed. If you have a kiosk that needs to reboot while a customer is waiting, you want a fast boot time to help the customer and employee experience.

Power consumption can vary a significant amount depending on processors used and the number of HDDs/SSDs/Expansion cards used. Here we test just a primary system. We test with the same graphics card and NVMe SSD in all our tests. Power measured at the wall, and the graphics card and SSD were not stress tested.

For our tests, we use the AIDA64 Stress test, which allows us to stress all aspects of the system. Lenovo ThinkCentre M90n Nano is a power-hungry platform when under full loads, and in this case, it has the highest idle power use of 101 watts. However, its strong point is the low idle power use at 10 watts.

The Lenovo ThinkCentre M90n Nano we reviewed is the smallest mini PC we have used to date. It is not much bigger than a 3.5” HDD. Naturally, a Mini PC this small includes a few tradeoffs in its design. One of which is cooling capacity. It simply cannot handle extended high loads without throttling. We feel this is ok for a Mini PC like this as one would not expect a unit like this to handle heavy load tasks such as video transcoding.

Our review unit included 8GB of DDR4 memory soldered onto the motherboard, which is the maximum that one can order on Lenovo’s site. Even though one can order an M90n Nano with 4GB, we feel that this is the better option for a 2020 era PC. 4GB is less expensive, but if one can avoid a memory capacity related crunch even once while the unit is in service, that will likely offset the cost of the extra 4GB.

The M90n Nano can also be ordered with two NVMe M.2 SSDs and RAID them for system protection with RAID 1. In most deployments, we think the single SSD makes more sense.

Price-wise, the $520 to $650 range for many popular configurations makes sense to us. There are less expensive options on the market, but this is also supported by a major vendor. For its intended market, the small form factor Lenovo M90n Nano is very well designed. 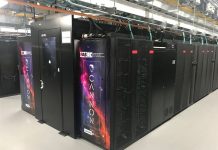