Lenovo is making a number of announcements at SC16 including new Xeon Phi Knight’s Landing roll-out, OpenHPC software, and storage. The first announcement Lenovo is making is that it completed the second phase deployment of a 6.2 PFLOP Intel Xeon Phi (Knights Landing) system with Intel Omni-Path. The second announcement is that Lenovo is contributing to OpenHPC with Antilles, an open source GUI for HPC systems management. Finally, Lenovo is announcing new storage options including a larger JBOD (D3284 5U 84 disk enclosure), updates to DSS-G storage and that it is formally becoming a reseller of Intel’s Lustre solution.

Celebrating its success in high-performance computing (HPC), Today Lenovo announced the completion of its second phase deployment at CINECA — a world class HPC research resource with the capabilities to become a leading artificial intelligence compute resource. The company also strengthened its position in the high performance computing space maintaining its #1 HPC vendor ranking in China while becoming the #2 vendor in the world in terms of total systems included on the TOP500 list.

Committed to HPC innovation, Lenovo also today unveils a new generation of solutions that extend HPC benefits to a wider spectrum of users than ever before. The new offerings include: Antilles— an OpenSource Graphical User Interface (GUI), that simplifies system management, and the new Lenovo Distributed Storage Solution (DSS)—a new family of Scalable Storage Infrastructure solutions for file and object storage.

The Next Phase of CINECA: Game Changing Technology Now Online for Researchers

Phase one of CINECA, an academic consortium, was completed in May 2016 – coming in at 1.7 PFLOPs which at the time it was the largest Intel Omni-Path System in the world. Lenovo and CINECA are pleased to announce the delivery and installation of phase two, a 3,600 node Intel Xeon Phi Knights Landing system which is interconnected with 100Gb Intel Omni-Path fabric – delivering 6.2PFLOPs of performance.

Dubbed Marconi by CINECA, the installation is expected to be one of the largest SuperComputers in Europe and will be online for researchers to transform data into new insight across such disciplines as physics, chemistry, astronomy, medicine, and urban planning. Leveraging the Lenovo maintained OpenSource Extreme Cluster/Cloud Administration Toolkit (xCat) for system management, CINECA’s Marconi system houses the core tools which will enable it to become one of the premier machine learning and artificial intelligence systems in the world.

Commitment to OpenHPC:  Expanding the Benefits of Open Source to More Users

One year after joining OpenHPC as a founding member, Lenovo’s submission of an xCAT/Confluent based OpenHPC recipe for system management and provisioning was accepted by the consortium. Lenovo is also announcing its latest Open Source contribution with the initial delivery of an easy to use GUI named Antilles. The graphical web portal sits atop of a powerful Infrastructure as a Service (IaaS) software suite bundling best-of-breed OpenSource software enhanced with Lenovo configurations, plug-ins and scripts to enable a ready to use software stack.

Antilles was designed to run and manage HPC, big data and workflows on a virtualized infrastructure optimally and transparently, adjusting dynamically to the user and datacenter. It has been architected to help more users adopt OpenHPC by lowering the required expertise needed to deploy and benefit from these powerful tools. Once a domain of only the largest HPC users, the benefits of open source are being unlocked for users of all sizes.

The first release will be Lenovo Distributed Storage Solution for IBM Spectrum Scale (DSS-G), a software defined storage implementation leveraging IBM Spectrum Scale RAID. DSS-G will support up to 670 HDDs in a single distributed RAID array enabling users to start with installation from as small as 22 disks and scale out to over 6 Petabytes by simply adding additional JBODs and disks.

The new architecture speeds recovery times by 25X over the current solution and is based on a 20-year proven software stack that will deliver up to 40 GBytes per second of performance. DSS-G combines high storage density and I/O performance with superior availability, reliability and resiliency for scale out file, parallel file sharing workloads, video streaming, and private or hybrid cloud, storage. DSS-G availability is expected in 1H 2017.

While the new JBOD and DSS expand the portfolio for extreme density and performance Lenovo is also proud to announce that is has become the newest reseller of Intel Enterprise Edition for Lustre providing clients choices in file systems and topologies. Lustre is now available on the current family of Lenovo S Series mid-range SAN offerings. 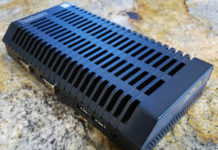 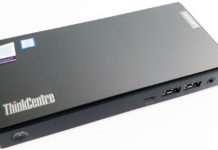