Regular readers of my site know that I am a fan of the Kingston KVR1333D3E9SK2/4G 4GB (2x2GB) ECC Unbuffered DIMM kit. It works in Intel 3400 chipset motherboards that are picky about memory. Two major changes have been happening with regard to this memory.

Second (perhaps related) the PCB size has shrunk considerably. It is not uncommon for memory makers to interchange chips on a series of memory. What did strike me is that the physical PCB size is now about half the height of the older modules. They are so low-profile that they now barely clear the height DIMM retention mechanisms of most motherboards.

Personally, I do generally like the change and have only found one instance that I do not like the reduced height, and that is when changing modules. I find that the low profile memory is harder to get my fingers on making removal slightly more difficult. The one major advantage of this design is that these low-profile modules are great for applications where the CPU socket is close to the DIMM slot area. Most tower coolers will easily clear the top of the memory.

I did test the legacy larger kit with the new low profile version of the KVR1333D3E9SK2/4G kit and found that the modules work OK together in the Supermicro X8SIL-F. Hopefully that will help anyone that went with four or six GB legacy sticks and find new sticks are much smaller. 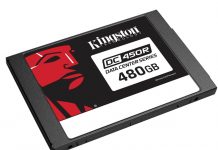