Home News HP just lowered the resale value of your servers – No more...

In a certainly interesting turn of events, HP stopped providing firmware fixes for their products unless that product is covered under an active support agreement. Here is the link to the new policy effective February 2014 and a link to the forum discussion on the topic. The topic is being discussed ad nauseum in IT circles to the point where I overheard two IT folks talking over breakfast this morning at a local Mountain View, California breakfast establishment. The net effect of this policy is that service packs and firmware updates will not be available for download unless one pays and has an entitlement to a valid support agreement for that particular machine.

This change may have serious fiscal implications for IT organizations. One of the biggest implications is that HP units will likely decrease in value as compared to other vendors such as Dell, Supermicro, ASUS and Quanta where one can get firmware upgrades for free. Many IT shops will shred hard drives after a server is taken out of the datacenter and either return to a leasing company or sell off excess to used IT resellers if the equipment was purchased outright. In either case, the used IT sellers find homes for 2-5 year old IT equipment often purchasing the used hardware in bulk at 10-20% of original prices. A good example of this have been the deals on the HP DL180 G6 highlighted on STH in the last year.

I had the opportunity to reach out to a few of these used IT recyclers and here are some of the reactions:

Rumor had it they were considering this months ago. We sell mainly Dell and Cisco UCS so we are excited at the change. Overnight we have seen a pickup in calls because customers don’t want to be suck with a unit that never had its firmware upgraded. If you buy used HP now, and you are running 2 year old firmware with bugs fixed in a next incremental release you are hosed.

Another IT recycling sales manager told us:

I had two customers that we agreed on price for 1000′s of HP Westemere gen servers last week and were just readying wire transfers. Both called me back this week and are demanding either I update racks upon racks to the latest firmware and test or they want 15% discounts. It’s crazy.

I get why they did it. We got stuck with inventory that we need to discount against the Dell alternatives now. Our bids on lots of used HP gear is going to factor in lower ASPs as the market took notice.

No way we are buying used HP for cheap dedicated hosting now. I wouldn’t be surprised to see a challenge to this policy in the EU for firmware updates provided but not downloaded and applied during a warranty period.

Overall, not one person we spoke to thought that this would add value to used HP gear. For IT shops and CFO’s this is an interesting point. The future value of owned and in-production HP equipment has been slashed overnight. Further, leasing com 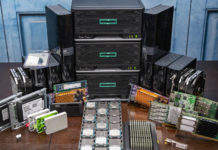 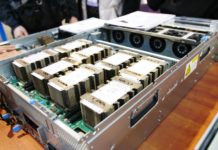