This week HP announced retail availability of ARM based Moonshot modules. The modules are the HP ProLiant m400 and m800 and are cartridges that fit into standard 4.3U HP Moonshot chassis. HP teamed with Texas Instruments on the m800 cartridge and with AppliedMicro for the m400. Each are targeted at different workloads.

For reference, a standard 4.3U Moonshot chassis holds 45 server cartridges and provides the interconnect backplane, power and cooling for the modules.

The HP ProLiant m400 is based around an AppliedMicro X-Gene SoC that runs eight cores at 2.4GHz. It is an ARMv8 64-bit processor with 8MB of last level cache (L3.) AppliedMicro has been demoing the X-Gene for quite some time now. The X-Gene is a quad memory channel design, in some ways similar to an older generation Intel Xeon E5-2600. In each Moonshot cartridge there is room for up to 8x SODIMM slots for a 2 DIMM per channel configuration. With a 64GB maximum spec, we would assume these are 8GB unbuffered SODIMMs. NIC wise these have dual 10GbE connections handled by the Moonshot internal networking.

The HP ProLiant m800 has four 32-bit ARM based TI KeyStone II 66AK2H processors and DSPs. Essentially these are 4 CPU per cartridge designs running at 1GHz. There are provisions for single channel SODIMM memory and 32GB total so we would assume up to 4GB per processor in a single DIMM.

It is fairly clear given the specs that the AppliedMicro X-Gene based ProLiant m400 is targeted at more of a scale-out web hosting type of workload. Specs are in many ways similar to the Intel Atom C2750 released last year. Given these are available as Moonshot cartridges the low CPU power and relatively high RAM likely indicates this type of workload as being expected.

The TI based ProLiant m800 is perhaps more of the wildcard. There is little information regarding exactly what the DSP is doing however it does seem like that is the “secret sauce” of the cartridges. The TI units should present themselves as four separate nodes so, in theory, a single Moonshot chassis filled with the TI nodes would look like 180 nodes in a single 4.3U chassis.

Both cartridges can come pre-installed with Ubuntu server and the IBM Informix database. In terms of local storage the HP Moonshot ecosystem has moved to M.2 interfaces for its solid state drives. That move makes sense given the significant space savings involved.

Certainly this is an exciting time as we will start seeing ARMv8 solutions roll out in the next 18 months.

One can find more information on the HP ProLiant m400 here and the m800 here. 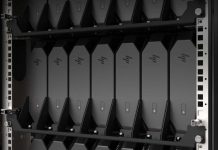 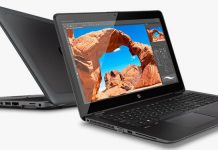 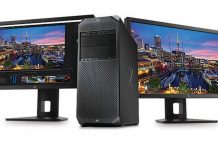