Hitachi’s 7K2000 drives were a favorite among users with large small business and home storage systems because the drives worked well with many RAID cards. A few drawbacks of those drives were that they were not the fastest 7,200rpm drives around, they were not the coolest running, nor the quietest. With its 3TB lineup, Hitachi introduced not just the 7,200rpm successor to the 7K2000 series, the 7K3000 series, but also a “green” drive alternative, the 5K3000 series. Retail availability is still not the best as the drives are just becoming available at major retailers and etailers.

To drive consistency with these benchmarks I am going to be using the Sandy Bridge platform’s 6.0gbps ports for the drive testing. Performance will change based on the controller used.

The Hitachi 5K3000 is reportedly a 5,940rpm drive and the variable spin rate is what Hitachi calls SilentSpin technology. CrystalDiskInfo reports this 5,940rpm even though Hitachi’s tech specs list the speed as SilentSpin.

The drive itself is a SATA III 6.0gbps interface with 32MB of cache. Some competitors have 64MB of cache onboard so Hitachi is a bit lacking. I tend to think drive cache is less important for storage servers, especially versus things like controller cache, LARC and L2ARC cache on ZFS systems and etc.

As one will see below, the drive would be fine with a SATA II 3.0gbps interface from a performance perspective, but it is nice that Hitachi is keeping with the current computing trends. For those readers wondering, a SATA III drive can be used on a legacy SATA II port.

One really interesting note is that the 5K3000 series uses 667GB platters making the 2TB a three platter drive.

As part of ServeTheHome’s 2011 suite, I am going to add HDTune results into the mix for rotating hard drives. I do not think it proves to be entirely useful for SSDs. Performance of drives in low (<25 user) storage arrays used for network file sharing and backup applications tends to be less useful. Going forward, I will add more reviews using the below benchmarks, but the idea is to give a general sense of performance since sequential reads and writes make up a high proportion of small business and home server related usage if installed in file and backup servers.

Overall, this is really good and about 20MB/s maximum faster than previous generation green drives. The burst rate is not a number users should focus on since the odds of a 32MB (max) portion of data from a 2TB drive being cached perfectly is probably unlikely. According to HDTune, using the Hitach 5K3000 apparently nets a -1% CPU utilization feature which should be disregarded.

ATTO Disk Benchmark is generally a good indicator of maximum speeds since it basically writes zeros to drives. Especially when looking at SandForce SSDs versus other SSDs ATTO shows that it is a useful, but not perfect benchmark.

Here we see again transfer speeds of over 140MB/s which is a pleasing pattern from a green drive. It was only a generation ago where 140MB/s was the performance of the top 7,200rpm desktop drives.

CrystalDiskMark is a fairly good SSD benchmark, and also works well for traditional hard drives. One word of warning, the 4K random tests are not what SSD users will be accustomed to seeing.

Overall this is really good. In fact, handily breaking the 1MB/s barrier on random 4K writes is a good result for a hard drive, especially one intended for low power high capacity storage.

With hard drives there are subjective qualities that are important. Probably the biggest is noise. First off, these drives are much quieter than the previous generation 7,200rpm drives. It is clear that slowing the rotational speed has a positive impact on heat and noise. One important factor is that the most noticeable noise comes during spin-up. When in use or spun down, the drive does not make any particularly annoying noises as sometimes come from desktop drives. Vibration is fairly low, much less so than the older 7K3000 series 2TB drives. Heat wise, after copying 1TB of data to the drive it was 8C over ambient in the Supermicro SC731i-300B chassis. That would lead me to say that it needs only some airflow if not installed in super-high density 5-in-3 enclosure type installations. As a note, I have kept three of these drives sitting in an open case next to my HTPC for a few days and they are quiet enough, and produce low enough vibration that they are well suited to small and quiet storage applications.

Overall the Hitachi 5K3000 seems to be a fairly solid drive. I purchased a few of these drives to run longer term, but the inital results have not shown any issues with the LSI or Areca controllers I have used the drives with. For home server applications, assuming these drives do not show signs of defects (e.g. the Seagate 7200.11 initial firmware fiasco) and do not drop out of RAID arrays, this may be a very solid drive replacing the Hitachi 7K2000 series in many storage applications due to the cooler, quieter, and lower power operation. 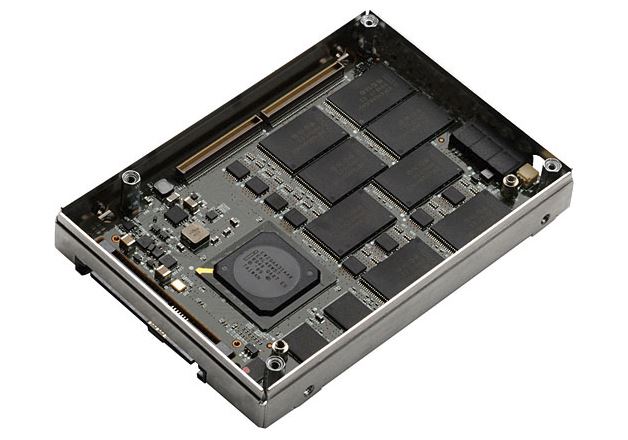