In 2012 ServeTheHome grew by 8.5% month-over-month over the entire year. In fact, it just about doubled between July 2012 and December 2012 and is looking strong in 2013 already setting two new all-time daily visitor records. That has made the site a very busy place. Likewise, the STH Fourms have doubled in visitors as well as seeing about 5x the weekly forum activity between January 2012 and January 2013. The sites are hosted  completely separately  This growth has also led to a series of infrastructure upgrades at STH. Suffice to say, it seemed like there was a quarterly mini-crisis due to the visitor growth and added complexity to the site. Here is a quick recap of the major upgrades on the main site over the past year:

One item we look at very seriously is the amount of time it takes to load pages. ServeTheHome served millions of pages in 2012 so saving 0.6s * 1 million pages = a week of aggregate visitor time. Frankly, the current infrastructure is not working.

It became time to stop running the bare minimum configuration and start overbuilding infrastructure to avoid these issues on a regular basis. In the October time frame just before moving to the Amazon EC2 m1.medium instance with nginx, I started getting serious about colocating a server for ServeTheHome. Another major consideration here is that memory costs an absolute ton in the VPS and cloud hosting world so moving beyond 3.75GB was going to cost a lot. The plan was to transition the forums, then transition the main site once everything was stable.

Why STH Stayed on the Cloud through 2012

The big issue with the original plan was that it involved colocating one server. If that server experienced a failure, the site would be down likely for a significant amount of time while a replacement was rushed in and the restoration progress occurred. That is precisely when the decision not to colocate was solidified. Single server colocation would be inexpensive, but would be full of risk. If some issue occurs in the massive Amazon AWS data center, downtime does occur. The instance goes down but will come back up on another node in a relatively timely fashion. Not as big deal for this type of site versus say one offering emergency services.

Cloud hosting is great. One can make backups in the cloud very easily. Someone else manages all of the hardware and network side of things. Life is easy on Amazon EC2.

We did consider moving to a HA Amazon EC2 setup with 2x Amazon RDS databases a load balancer and 2x front end instances. In that situation there would need to be some additional transfer between nodes so scaling down instances would not be an option. The cloud is cheap right? Not exactly. The four core web/ DB instances would need to be online 24×7 which means Amazon Reserved instances are the way to go. 2x m1.medium + 2x m1.small instances cost $1,800 to reserve up front. That is without any elastic scaling. Monthly charges in this configuration would be just shy of $250 given January 2013 bandwidth run rates and not accounting for growth or higher priced CDN endpoint servicing. The site mostly serves data rather than consuming it (it is about a 30:1 ratio for those wondering) so the fact that Amazon does not charge for inbound traffic does not help much.

$80/ month colocation is looking good, except for that redundany issue…

When it comes to hosting, spending $20/ month plus $600 for a high-utilization reserved instance gets one 2 EC2 compute units. Wonder what that equals? From Amazon’s description, that puts 1 EC2 compute unit at about the same speed of a Intel Xeon 5110 Woodcrest CPU. Yikes!

One EC2 Compute Unit provides the equivalent CPU capacity of a 1.0-1.2 GHz 2007 Opteron or 2007 Xeon processor. This is also the equivalent to an early-2006 1.7 GHz Xeon processor referenced in our original documentation. Over time, we may add or substitute measures that go into the definition of an EC2 Compute Unit, if we find metrics that will give you a clearer picture of compute capacity.

Interestingly enough, a dual L5520 1U machine costs around $450 today (e.g. these Dell C1100 servers). The Intel Xeon L5520 is a 60w TDP CPU (compared to 65w for the Xeon 5110) has four cores plus Hyper-Threading. Put that at 8-10x faster. Of course, there is a lot more that goes into it, but interesting comparison nonetheless. For those clamoring foul  we are going to do a full breakdown of the hardware setup for the site, so don’t worry about the numbers here too much, a full accounting will come shortly.

Why STH is Leaving the Cloud

Amazon’s AWS service is very reasonable when one has a small blog. A few visits an hour is not an issue for even their “free” micro instance hosting plan. Just looking at STH’s bandwidth for the first 10 days of 2012 and the site has already delivered a few hundred GB of content. The new 2013 site re-design offers a lot more functionality, but does require a lot more bandwidth and more CPU. Here is a quick rundown of why Amazon EC2 hosting is expensive (not exact figures but this is a good idea taken from a few months ago):

So while you can purchase a m1.medium heavy utilization (since it will be on 24×7 as a web server) reserved instance for $600 and have an operating cost of $20 or so a month for three years, that is not the whole picture. The bandwidth and disk I/O costs go up linearly with traffic. It is hard to see exactly where the bandwidth goes because Amazon controls the firewall and network.

Storage is something fairly easy to control but one does need to keep an eye on it. Amazon charges $0.10/ GB and $0.095/GB for snapshot data so having an instance with a few development instances can cause a sizable monthly charge even if they are turned off but the data stored for a later date.

Let’s put that into perspective for a second:

At this point colocation seems like a no-brainer. It turns out that moving away from AWS and EC2 does start to make sense at some point. After going through the process, this is much later than one may have thought.

Time to Fall… A Quick Recap

Overall, Amazon has an excellent platform, however for web hosting, costs can quickly add up. There are certainly advantages of going the AWS route. We will have the opportunity to look at the flip side of the equation, colocation shortly. One of the major points here is that the $1,800 up front + $250/mo costs are only using the January 2013 projections. As the site’s traffic grows, those costs go up in a similar fashion. For many applications, the cloud lets you get scale quickly. For things like hosting a relatively static site, the cloud just doesn’t make sense. This is part 1 in the series documenting our build-out. 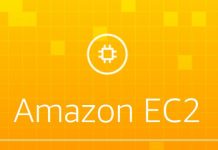 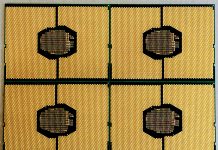