We used a similar configuration as to the one we used on other Xeon D platforms we have used. Due to the expanded capabilities of the ASRock Rack system, we added a few unique pieces. We also varied our configuration to try out a few potential build options.

We used a basic configuration for this review however we are working on a much more substantial build.

In terms of airflow, an important aspect of these Xeon D platforms, the CPU heatsink is an active model. This unit’s cooling solution looks very similar to what we saw on our Taipei visit to ASRock Rack in October 2015. It is even labeled as a Cooler Master cooling solution.

One can also see that all heatsinks, the two power connectors, 4x DDR4 DIMM slots and other components are laid out for traditional front to back server airflow. The four DDR4 DIMM slots allow for a maximum of 128GB DDR4 total using 32GB RDIMMs.

Using the mATX form factor one gets both a PCIe x16 and x8 slot (both PCIe 3.0 x8 electrical). This is truly the power of the Xeon D platform as having this level of onboard components as well as two PCIe 3.0 x8 electrical slots onboard a Xeon E3 platform is not possible. Having two PCIe expansion slots brings flexibility to the platform already packed with onboard components.

Near the PCIe slots, the platform also has provisions to add storage via two m.2 ports for SATA storage using a Marvell 9172 controller. This is a great way to add boot SSDs without utilizing the onboard SATA or SAS3 ports.

Beyond the two Marvell based SATA ports we can see six SATA III ports based on the Xeon D SoC. The Xeon D has an onboard PCH that supports six 6.0gbps SATA ports.

Next to these ports we can also see a USB 3.0 Type-A header for an internal USB key. These are popular for embedded operating systems such as VMware ESXi and Nutanix installations as an example.

The ASRock Rack D1541D4U-2O8R additionally has a LSI/ Avago/ Broadcom SAS 3008 controller onboard. This provides 8x SAS3/ SATA III ports via the HBA. The controller is an extremely well supported HBA and one that we recommend at STH. There are less expensive alternatives out there, but the broad software support for the SAS 3008 makes it an excellent choice. For ZFS and many hyper-converged players, the SAS 3008 is the most recommended HBA on the market.

Taking stock of storage, even without PCIe add-in cards or SAS expanders, one can have a system with: 8x SATA III/ SAS3 drives (SAS 3008), 6x SATA III drives (Xeon D SoC) and 2x m.2 SATA drives (Marvell 9172) for up to 16 drives total. That is great on a mATX platform. Furthermore, one can expand the platform with two additional PCIe cards. In comparison, the Supermicro X10SDV-7TP8F we reviewed has more storage ports onboard, but does not have any high-speed SAS3 ports that you would want if you were using SAS3 SSDs or SAS expanders. With SAS expander enclosures, SAS3 is a clear benefit.

One can see that there is a dedicated RJ-45 Ethernet port above the two USB 3.0 ports providing out of band management access. The two legacy headers are a DB9 serial header as well as a VGA header. Finally there are two SFP+ network ports providing networking for the motherboard.

Regarding the 10GbE SFP+ ports, they are using the X552 controller on the Xeon D SoC. With newer OS distributions the controller will be detected out of the box. With older distributions, you will need to install drivers separately. The Cortina CS4227 PHY does not show up in the OS so you just need the latest Intel ixgbe drivers. The motherboard does not have onboard 1GbE networking other than for the management port.

Overall, the hardware platform is excellent and we do like the small tweaks made from the D1540D4U-2T8R we reviewed previously.

To capture these images we utilize our FLIR Ex series professional thermal imaging camera and turned off FLIR’s MSX enhancements so we can see components outlined clearly. We put the system under 100% CPU load for a period of 24 hours to let “heat soak” set in prior to taking the images.

The CPU fan kept the Xeon D SoC extremely well cooled and the only other major hot spot was the SAS 3 controller.

These results are excellent with the new 45w TDP part showing great performance. If one is careful to select the right power and cooling, these platforms can be an effective 2.5″ storage system in 1A 120V colocation envelope.

ASRock Rack has an industry standard web management interface based on the American Megatrends MegaRAC solution. The ASRock Rack IPMI 2.0 implementation has an array of configuration options and sensor information. One of the more interesting features is the ability to graph sensor information over time. This is the first implementation we have used the live widget with. You can get a live graph of items like CPU temperature, fan speeds, voltages, and PSU health.

The ASRock Rack Remote management solution provides the remote administrator with the information they need to manage servers far away from the home office.

The ASRock Rack D1540D4U-2O8R provides high speed networking and excellent storage and expansion capabilities that other smaller offerings cannot match. We are excited for this evolution of the Xeon D platform as it is truly a competitor to lower-end. The 16 onboard storage ports, two PCIe 3.0 x8 electrical slots and onboard dual SFP+ 10GbE networking provide a solid foundation for a storage server with room to expand.

Want to try out the ASRock Rack D1541D4U-2O8R platform? It will be available for testing immediately after this review on DemoEval. Click the logo to try this machine or others like it: 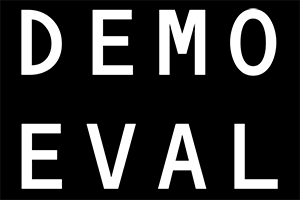