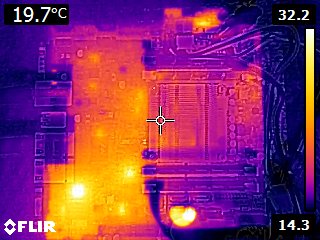 STH has undergone some significant changes in 2013. We had some major developments in terms of community, the site’s look and feel, infrastructure and benchmarking methodology. We also had a few experiments that went not so well. Here is a recap of the year past and, perhaps more importantly, a look at some of the exciting changes coming in 2014.

In 2013 we have had four new guest authors and increased the forum moderation team by an additional four members. In addition the forums have become significantly more active in the past year. Thanks to everyone contributing to the community. A special thanks is warranted to those who have taken leadership roles publishing content or moderating forums. The site would not be the same without you.

Looking forward to 2014 the hope is that we can take this momentum and get more members involved. If you are reading this, and have an idea for how you would like to contribute, feel free to send a note. Even dropping by the forums we have dedicated section just to make suggestions for the site.

Perhaps one of the most noticeable changes in 2013 was the STH logo. We held a design contest with hundreds of applicants this year for a new logo. The result is a new logo for the site which is more modern and that works across social properties such as Twitter and Facebook. As the site turned 50 (months) old in the middle of 2013 it was time for a better logo.

We started 2013 in our Amazon Web Services infrastructure. This had served us for some time but the bandwidth costs alone started to add up. We were struggling with climbing CPU and memory needs and Amazon EBS disk I/O throughput so low that we twice caused the web servers to fault.

As a result we documented and moved to the STH colocation architecture using Dell PowerEdge C6100 XS23-TY3 servers. This move had a great side effect, we pioneered the C6100 documentation and usage in applications ranging from web hosting to home lab setups.

Looking forward to 2014 there is a better than 50% chance this setup will change dramatically. Since the original deployment, we have used Proxmox VE to manage the cluster. Proxmox VE has a fairly easy to use web interface. The negative is that the cluster has seen a number of strange issues over the past few months and many operations still require command line or command line plus web interface steps to complete. For the “free” price it has worked well but we are exploring moving to a Hyper-V Server 2012 R2 or ESXi cluster in the near future simply to ease administration. On the 2014 hardware side, there is a high likelihood that Avoton and/ or Rangeley will find their way into the colocation facility this year. We are also likely to add more solid-state capacity into the colocation facility. In fact, four drives are sitting in a burn-in chassis currently. Deals on the Crucial M500 which contains a supercapacitor for data security are a key enabler here. Being a web server, write volumes have been manageable.

More to come on this, but it is certainly something we are more than casually looking into.

2013 started with our base Windows test suite that had been used with the site since 2009 with a few minor updates. In 2013 we switched to a Linux benchmarking suite. This Linux benchmarking suite also extended to not just on premise hardware that we had on hand, but we also started benchmarking cloud instances. These benchmarks certainly did validate our initial hypothesis that moving to a colocation setup would be easier.

The first Linux benchmarking suite was mostly manual using commands issued via SSH. That was certainly not a scalable solution given the fact that we were benchmarking everything from high-end multi-processor systems to low end ARM, Atom and cloud instances. This year we introduced a simple to use Linux benchmark script, STHbench.sh which in three commands on a freshly installed Ubuntu Linux installation would run our benchmarking suite. That allows users to benchmark their own systems and compare them to STH figures. It also greatly increased our benchmarking efficiency. Moving into 2014 we are already working on improving the script. We currently have a version STHbench-Dev006.sh that has a number of improvements such as:

The next step is to finalize the benchmark set then to add upload capabilities. The goal is to be able to publish figures that can then be readily validated and compared. There are plenty of organizations providing highly optimized benchmark runs that require a lot of know-how and configuration to squeeze every bit of performance out of hardware. STHbench was meant more as a quick and dirty relative performance indicator that is easy to run. A web viewer will greatly help this process. Keep on the lookout for STHbench script updates soon.

In November/ December 2013 we procured a new FLIR thermal imager. The new FLIR Ex series brought MSX technology to reasonable price points. Our initial images were not so great due to the learning curve. The current batch is looking much better. We have also built a new test platform to be able to take thermal pictures with.

Images are already starting to trickle into reviews. For example there was a non MSX enhanced 320×240 thermal shot of the Western Digital WD My Net Switch in the product review recently. More to come here including Supermicro A1SRi-2758F Thermal.

Bottom line – this is really fun to see. For those wondering, testing for STH does have at minimum over 12 distinct processor platforms setup and active at any given time.

Of course, no year would be complete without things that went relatively less well. One of the big examples was the STH charity build we tried in mid-2013. Both builds largely stalled. That certainly was a learning point but we are likely to change the format of this for 2014. We did an exploratory launch of ServeThe.Biz in late 2013. We had a great WordPress front end setup and then I hit a patch where I was averaging about 1,000 miles of travel a day for a month and a half. Certainly some momentum was lost but in the future we will have some “higher-end” business oriented content on ServeThe.Biz while STH expands into more office and home automation applications.

2013 was a great year for the site and we are certainly looking forward to an exciting 2014 starting with CES coverage in early January. Again, take the opportunity in 2014 to get involved with STH and continue making it a great community.

STH Weekly Newsletter You Want to Subscribe in Q4 2021