FreeNAS 10. It seems like we have been waiting for this upgrade to the popular NAS OS for over a year. We have had a dedicated machine awaiting FreeNAS 10 in our data center since August 2016. Today, the FreeNAS team unleashed its new NAS software, FreeNAS Corral. The project is moving away from numbering and to a release name nomenclature. Instead of FreeNAS 10, we have FreeNAS Corral. This is a major release with a slew of new features.

We are going to have a more in-depth piece later today with a few videos. For now, we wanted to highlight some of the major improvement areas from FreeNAS 9.10 to FreeNAS Corral. If you run SMB shops or have a home lab, this release may be just what you have been looking for. We previewed some of the functionality with the previous RC1 and Beta / Beta2 pieces. 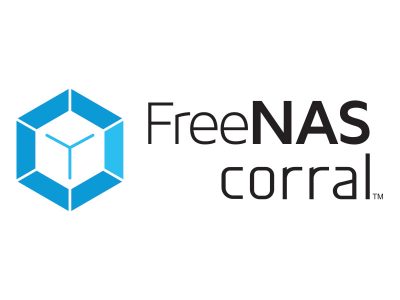 In this piece, we are going to do an extremely high-level overview of what we think may be the biggest changes.

The FreeNAS 9.10 UI, by modern standards, looks dated. FreeNAS Corral uses a newer responsive UI that goes beyond a newer skin. The new UI makes tasks easier to do simple tasks though wizards making better default decisions. One of the other major changes: a new middleware layer so you can submit a job and not have to wait for a task to finish before the UI becomes responsive again. While this feature was less noticeable on a small NAS, on larger NAS units 9.10 UI pauses can take a while before the UI becomes responsive again.

Upon initial setup, one stunning change is the difference in storage management. Gone are all of the radio boxes and drop-down menus. You can drag and drop disks into storage configurations. When you apply the changes, it will show up as a task on the right with a progress bar.

If you have been following the FreeBSD virtualization scene, you have likely heard about bhyve. It is the project to bring virtualization to FreeBSD. FreeNAS Corral incorporates bhyve which has a number of interesting implications. First, if you previously had a FreeNAS system and a small ESXi host, there is no longer a need to have both. Second, for those who were contemplating an all-in-one solution, FreeNAS Corral is now a player in that discussion.

As you can see in the picture above, using FreeNAS Corral as the host is awesome. You immediately get access to do things like snapshotting VMs. In the screenshot above, we are snapshotting our Docker container VM’s initial state so we can quickly revert if we configure it improperly. That brings us to the next major feature we are going to highlight, Docker integration.

Docker integration on FreeNAS is going to be simply awesome for many users. If you want to run a service with persistent storage (e.g. stored on FreeNAS) Corral has a very useful way to put your NAS CPU to work.

The actual integration point is inside a bhyve VM, not on the base OS. That keeps things compartmentalized but it also means that you will have a performance penalty versus running Docker on bare metal RHEL, Ubuntu or CentOS. There is a great precedent for this, however. Docker for Windows utilizes a Hyper-V VM to run containers.

If you want to build a low-cost, yet robust NAS unit today, the new release should be at the top of your list. FreeNAS Corral is a gigantic leap forward for the OS. We have users constantly asking about how they can integrate lightweight virtualization/ containers with a GUI managed ZFS system, and this is, by far, the top solution now.

We do know that many of our users will wait for a bugfix/ patch release to jump to the next major version. For those folks, iXsystems, the company behind FreeNAS also said today that FreeNAS 9.10 would continue to be supported for “a long time.”

TrueNAS 12.0-U5 Released with Bugfixes as FreeNAS Sunsets

TrueNAS 12 Release is Out Farewell FreeNAS