The motherboards supports a total of five PCIe slots (x16, x8, x16 and two x1) as well as two legacy PCI slots. There are now eight SATA 3 ports provided by the Intel C236 chipset and ASRock exposes all of them.

One of the more unique motherboards launched today is the mITX ASRock Rack C236 WSI. The small form factor dictates only two DDR4 slots but it is a very packed form factor.

One can see a myriad of I/O on this small motherboard including dual Intel gigabit LAN, audio, video and eight SATA3 ports. This is surely a very compact yet robust platform.

Finally, ASRock Rack is releasing the C236 based mATX motherboard the ASRock Rack C236M WS. This motherboard benefits from the larger dimensions afforded by the mATX form factor and adds additional features.

One can see the M.2 slot for fast PCIe based storage. Like the C236 WS it has an internal USB header and dual USB 3.0 front panel connectors.

Overall the new lineup of Intel Greenlow platforms is impressive. Intel started taking the Xeon E3-1200 platform in a different direction starting with the V4 series and we are seeing the results of the transition clearly now with the V5 series and V5 series platforms. One will notice the lack of IPMI which is a theme with the V5 series platforms given the new direction. It is great that ASRock uses the more expensive Intel i210 controller instead of the cheaper Realtek controllers for these motherboards alongside the Intel chipset i219LM NIC. 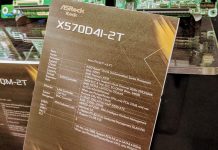 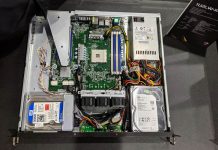 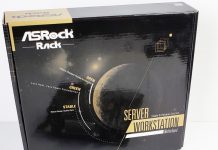