We are currently working on a roundup of several sub-$80 mSATA SSDs. Small and low cost mSATA SSDs are good for boot drives on low cost hypervisor or HTPC nodes. With network storage making redundant storage easily accessible, local storage often just needs to be inexpensive, fast enough and small. These mSATA drives are popular with Intel NUC platforms and mITX platforms where space savings are highly valued. MyDigitalSSD sent their BP4 128GB (or 120GB) SSD for our benchmarking.

We are using our SSD test bed for these drives for consistency purposes. To make all of our mSATA SSD series drives work in the platform we are using a nice Syba mSATA to 2.5″ SATA converter.

We are not testing these drives on our LSI SAS controller configuration for a simple reason: the mSATA form factor is unlikely to be utilized with LSI controllers in end-user systems.

The MyDigitalSSD BP4 drive we are looking at here is the 50mm mSATA model. Dimensions are important for these drives as one does need to select a drive with the proper dimensions.

We peeled back the large sticker on the MyDigitalSSD BP4 drive and saw an interesting configuration. There is a Phison PS3109-S9 four channel NAND controller onboard. The two NAND packages one can see are Toshiba 19nm Toggle NAND.

On the rear of the SSD we can see two more Toshiba NAND packages. 128GB of flash in four packages means we have 32GB of flashin each package. The Nanya chip is RAM which is common on today’s higher performance SSDs.

MyDigitalSSD sets aside 8GB for spare area. As a result, this is essentially a 120GB drive before formatting.

It is important, especially with SSDs not to take a single test result at face value. One should look at a few different tests to get an idea of how the drives perform in different scenarios. To this end, AS SSD benchmark, CrystalDiskMark, ATTO all show different facets of performance.

Here we see some decent performance from the Bullet Proof 4 drive. Sequential read speeds of 500MB/s and 4K-64 thread results of 190MB/s are very strong for a $75 SSD.

ATTO provides an interesting view on what is going on here. With highly compressible ATTO writes, the Phison controller can achieve over 500MB/s write and 540MB/s read speeds. With the M.2 PCIe SSDs we are going to see a bigger jump in performance, but for now this is very solid for a SATA III drive.

For those running HTPC, ESXi or Hyper-V server builds on platforms such as the Intel NUC series or Supermicro X10SBA this is a very interesting mSATA boot device. It has plenty of speed to saturate SATA III links and send/ receive data over the network. For the price, these are very interesting options. See here for the drives on Amazon. 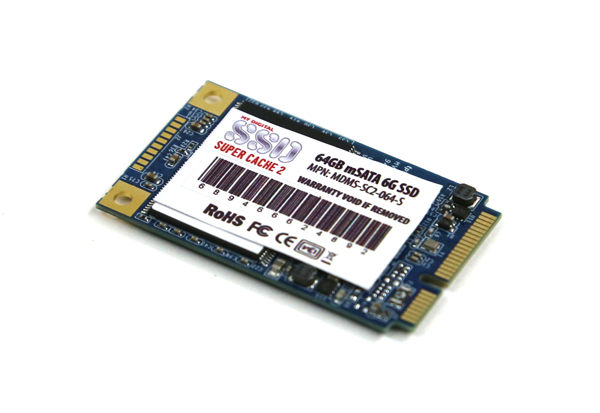