Did some testing this weekend with the new Adaptec 5805. Since I wanted to see what this card could do, I decided to try it with some cheap Seagate Savvio 15k.1 36.7GB SAS drives. Overall performance is fine, however there was a consistently interesting note in ATTO’s benchmark at 64k. I tried every stripe size imaginable, and there was a distinct fall-off every time in read speeds. I also tried the newest firmware, same result. Truly odd indeed.

Notice the dip in read performance at 64k. This seems to be very strange and did not go away with three different firmware versions.

Overall, the performance is stunning compared to a standard issue 1TB drive.

The drives were, as I mentioned $40 all in each meaning the total drive cost was $320. In Raid 5 Vista sees a 238GB usable drive. Read/Write speeds of 550MB/s-700MB/s are also very good and seek times are what one expects from 2.5″ 15k rpm drives. I was a bit surprised at how quiet they run compared to what I was thinking they would.

Now the next question, of course, is whether this is a better solution than 3 120GB OCZ Vertex drives in Raid 5 or one 250GB drive with no raid. That I cannot answer due to a lack of OCZ drives. I do know that the OCZ 120GB drives are $345 each at Newegg for $1,035 total and a single 250GB drive is $725, however, I will say that the Savvio performance is quite impressive to this point. I would say, at least in the case of the 250GB single it is very close. Although the 15k rpm 2.5″ drives have great mechanical disk seek times, the SSD is surely better. Also, I paid $410 for the new Adaptec 5805 and happened to have the $110 BBU laying around. Adding everything up, the 2.5″ drives are $410 + 320 + 110 which comes out to $840 US. This is quite a bit more expensive than the OCZ Vertex 250GB. On the other hand, there is Raid 5 available for data protection, yet since there are 8 drives, one expects an eight times higher chance of a drive dying than with a single drive. When it comes to transfer rates, the SAS drives seem to be fairing well. I will try getting some IO Meter benchmarks soon to help in comparisons. 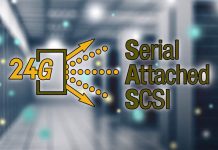 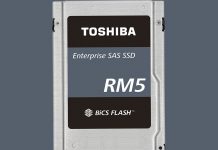 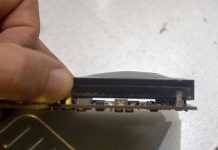