The Arista acquisition of Big Switch Networks finally closed. This is a big deal in the industry, and it is something that needed to happen. While many immediately point to one of Big Switch’s competitors, Cumulus, when they think of a network operating system for bare metal switches, Big Switch has made some inroads both in private and public clouds with other offerings that made it an ideal takeover candidate.

Arista is also buying a team of engineers who will help the company build next-generation network solutions for hybrid and multi-cloud offerings. Specifically, Arista is touting network visibility and packet brokering capabilities that will be strengthened by adding the Big Switch team.

By taking Big Switch today, Arista can form a higher-value product line to attack some of the market segments before ONL/ SONiC and others take hold. While the open projects are being used in production environments, much of the last 10-25% functionality is not open and is being customized by each organization. That means there is still a lot of value for companies like Arista to pick up this expertise and offer higher-value functionality.

At STH, we work with many of the large open networking switch providers and Open Network Linux and SONiC have exploded in popularity not just with the traditional bare metal switch providers and some hyper-scale shops, but also with companies like Dell EMC. Dell EMC also had a partnership with Big Switch. In Arista’s press release, Dell EMC gave supporting statements even though Big Switch is now owned by what may be considered a competitor.

Excerpt from the Big Switch Release

Arista’s release was relatively quiet, however, Big Switch had a bit more on what the plans are, so we are going to include an excerpt of that here. 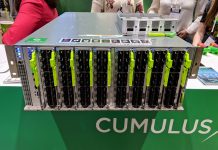 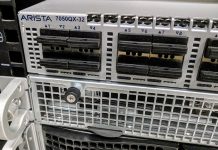